With consoles going quietly into the night, gamers are coming to the Mac as a gaming platform for the first time (and as well they should). But for anyone new to gaming with a Mac, there can be a bewildering number of options: Boot Camp, Parallels, and Wine. But what do they all mean? And which are best?

In this guide (which we’ll try to keep up-to-date), we’ll try to demystify the most common options, along with their strengths and weaknesses. 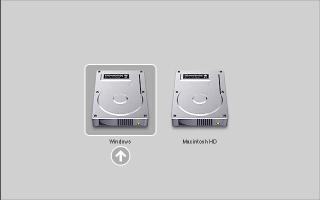 Put simply, Boot Camp allows you to “reboot” your Mac into Windows. You run pure Windows, but use that powerful Mac hardware. What this means is that you can play any games that are designed for Windows only, without any fuss.

Getting it set up can be a little bit of a struggle, but there is plenty of help at hand. First of all, you can read Apple’s guide to the process, which also has which Macs are supported (spoiler: any Intel-based Mac) and many other tips.

Essentially what you’ll do is run the Boot Camp Assistant application (found in /Applications/Utilities) which will walk you through the process of splitting your Macintosh HD into two parts, one of which will be for Windows (make sure you take into account how much space you’ll need to install any games too, as you can’t really change this later on; as a rule of thumb, allocate about 100 GB if possible). You then reboot and go through the significantly trickier process of installing and configuring Windows. Finally, you’ll need to install Windows-compatible drivers, as well as the Boot Camp Drivers that were saved by the assistant.

Once done, in the Windows taskbar you’ll have a “Boot Camp” applet which can be used to set some options, as well as allow you to reboot back into Mac OS. 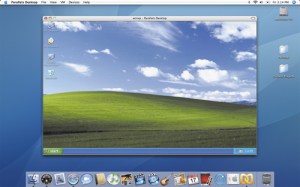 A “virtual machine” (VM) is sort of like a computer within a computer. You run your Mac OS as normal, but a have an application that then runs its own operating system, such as Windows or Linux. More advanced software, such as Parallels have some very fancy integration options, to the point where you can run Windows applications as if they were Mac applications.

The biggest issues with this approach are performance and stability. Many games will not run correctly (or at all) in a virtual machine, and those that do may suffer decreased performance than in Boot Camp. We’ve done some games benchmarks with the latest version of Parallels, which you can read up on to see how it stacks up. As a rule, older games will work well, whilst more recent or graphically intense ones won’t.

How to get it to work will depend on the virtual machine software used, but essentially you create a virtual machine with a Windows “guest OS” (the Mac OS is referred to as the “host OS”), and go through the regular Windows installation process. Typically the virtual machine is stored as a file somewhere on your Macintosh HD, so disk space is less of a concern. Finally, some virtual machine software will allow you to use an existing Boot Camp install instead of creating a new install, which has the added advantage of being able to just reboot if a particular game won’t run (although the set up can be a little more involved).

Wine and other “wrappers” 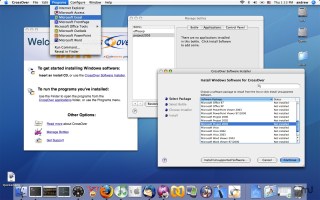 If you don’t mind spending a bit of time messing around with configuration files and generally tweaking things, you can use a Wine-based wrapper. The idea behind such a wrapper is that it loads the required Windows libraries along with the game itself, which means (amongst other things) that a Windows license is not required, and there’s less overhead on processing power.

The major downside is complexity. Generally, you’ll need to configure a wrapper (sometimes referred to as a “bottle”), run the Windows installer, run the game, and then go and tweak the wrapper to address various problems. Needless to say, it can be quite an involved process, and some games just won’t work at all. In addition, updates to the Mac OS itself have a tendency to completely break wrappers that were previously working.

There are a couple of solutions. First, The Porting Team maintains a good database of custom-made wrappers for specific games, which minimizes the configuration required at your end. Secondly, commercial software in the form of CrossOver also has a database of preconfigured bottles, and makes the installation process a great deal simpler. You can also try the free Winebottler, which simplifies the process of creating a bottle from scratch.

If you want to run games designed for other platforms, you can use an emulator. Generally you need a different emulator for each platform, such as Dolphin for Wii games, or BlueStacks for Android apps and games.

The MacGaming sub-reddit has an extensive list of emulators available for the Mac. There are also emulators such as Boxer, ScummVM and ResidualVM that run older PC games.

Finally we have so-called “native” Mac games. These are specifically designed to work on the Mac OS, and include original games created by Blizzard, Valve, as well as many independent developers, and “ports” which are games originally designed for other platforms (typically Windows) and made to work with Macs by publishers like Feral Interactive, Aspyr, and Gog.com.

Where to find games

Mac games can be bought from the following places:

as well as several other digital distribution sites. And of course, we try to review the latest and greatest Mac games, so subscribe to us via email or RSS via the links at the bottom.

Gaming isn’t just about the software. You can (and should) also invest in peripherals such as a game controller and a good mouse and keyboard.