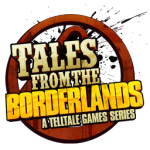 A story-driven episodic comedy adventure, set in the Borderlands universe

After the debacle that was the Mac launch of Tales from the Borderlands, whereupon it was promptly withdrawn on the day of release (with Steam advertising it as being available, no less), a single statement from Telltale Games made asking Mac gamers to follow their twitter feed (where not one single tweet was ever posted about it), followed by another announcement days later saying the Mac version was “now live”, and then actually becoming available a day or so after that (coinciding with the release of the first of the Game of Thrones series, which appears to be getting the exact same treatment)– I am now able actually play the first episode and share my thoughts with you.

The gameplay is standard Telltale stuff- dialogue choices on a timer, the bare minimum of interaction with the world to allow it to be called a point-and-click adventure, quick-time events, and most importantly, choices to make. I’ve said before that Telltale’s games are best enjoyed when you don’t overthink them, don’t try to pull back the curtains and look at the machinery within, and Tales from the Borderlands is no exception. Get swept up in the ride, and you’ll have a fantastic experience.

It looks absolutely stunning, with Telltale’s traditional comic book art style working exceptionally well, looking more like Borderlands than Borderlands does (if that even makes sense). Oh and the soundtrack is truly excellent. If you pause the game (with the spacebar), the music continues playing and you get to fully appreciate it.

It probably won’t come as a surprise that it’s really well-written and well-voiced. What might come as a surprise though is that it’s also consistently funny, on par with a typical episode of something like Family Guy (and on several occasions I was reminded of Office Space), and that it’s also highly engaging. Not that other Telltale Games series’ haven’t been interesting, but because there’s something fundamentally un-interesting about the Borderlands series’, being that they tend to involve characters whose motivations are incoherent at best, and completely absent in many cases. In short, whilst the Gearbox Borderlands games struggle to give their characters any sense of purpose (and struggle more to give the player any reason to care about them), Telltale have managed to do just that, even within the context of a universe full of despicable, selfish people.

There are plenty of callbacks to the other Borderlands games, as you’d expect, but probably not so many that you’d feel lost if you’ve never played any of the other games. Regardless, the game goes to town with a collection of nut-jobs that are as extreme as anything you’ve seen in any Borderlands game, but they get a bit more mileage here, thanks to the fact that they serve as more than just bullet-sponges.

It does add a couple of new things to the traditional formula, most notably having two characters to play as, with overlapping storylines (and an extremely clever use of their differing points of view to play out the same situation). Its perhaps a little more action- (read Quick Time Event-) heavy than Telltale’s other games, but as usual, it’s in no way difficult. As with The Wolf Among Us, those cursed QTEs actually serve as a storytelling device on occasion, so I’ll cautiously say I didn’t mind them.

Each of your characters also has a special ability, with Hyperion prig Rhys having an Echo Eye, which allows you to scan certain things for some background information (most of it hilarious), and con artist Fiona having cash that can be used to um, buy stuff (it’ a very strange mechanic, one that will presumably be fleshed out more in later episodes). Likewise each character has an inventory, although I don’t recall a situation where I had a need to even open it.

Perhaps more disappointingly to some, it doesn’t seem like you make any meaningful choices throughout the episode, at least not beyond deciding whether to use a bullet or save it for later, and whether to be a dick to everyone or not. There’s certainly nothing soul-wrenching like the decisions made in The Walking Dead, but in truth I didn’t feel like Tales was any worse for it, given the subject matter, and the tone and pacing of the story.

Admittedly there’s something not quite right about reviewing what’s ultimately to be one-fifth of a complete game *, but Telltale games have proven themselves to be eminently consistent in the past, so I’d bet that the following episodes are up to the same standard as this one.

In what seems to have been a very odd choice of place for Telltale to pitch their storytelling tent, somehow they’ve crafted something unique, that will no doubt appeal equally to those who love the Borderlands series, as those who enjoy Telltale’s other works.

Given they had an entire extra week to sort out the Mac version, within the first few minutes of playing it I had to force-quit it, after the process of registering with for a new Telltale account (which is actually adds nothing to the experience at all) caused so much resolution-switching that it got stuck on a black screen. This was made all the more annoying when you consider that you can’t actually CMD-tab out of the game once you start playing it.

Still, the game actually runs well, so we can be glad about that. It’s much more stable than The Wolf Among Us (at least in the sense that it wouldn’t crash to desktop every 30 minutes), and the only time I had any issues was when some background process started up (or when I tried to record some gameplay footage).

* Contrary to Telltale’s PR machine, the game doesn’t seem to be available as single episodes.

Last updated December 21, 2014 Details of everything we received from publishers as part of this review are available on out integrity page
Gameplay Video
Steam