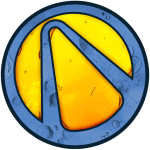 Whatever else may be said about Borderlands The-Not-Sequel-Sequel, you really have to hand it to Aspyr. For the first time in history, there’s a major game published that has been ported to Mac by another publisher (Aspyr in this case) that’s available to play on the Mac the same day as on every other platform. Truly amazing. It’s something I’ve been harping on about since day zero of this website, something that the Mac gaming community really suffers for. We’ve heard various bits and pieces as to the challenges involved, and some heartfelt apologies that it has to be this way, that it’s the price of gaming on the Mac, that there’s not really anything that can be done about it. And just when everyone started getting used to the idea, they’ve only bloody gone and managed it anyway. Let’s take a moment to take our collective Team Fortress 2 hats off to them.

To this day, Borderlands 2 is the game in my Steam library that I’ve put the most hours into (there are actually other games that I’ve probably invested more time into overall, but they’re on console, or at least, not on Steam). Most of that is due to the vast amount of DLC that got put out in the intervening years since its release, but there’s no denying I find the game fascinating, despite its somewhat shallow nature (and the same can be of course said for my other staple gaming foodstuff, Diablo 3).

With that in mind, this is probably the easiest review I’ll ever have to write: Borderlands: The Pre-Sequel is more of the same. It’s a big old standalone expansion pack, an XXL DLC, Borderlands 2.5. The most note-worthy thing about it is the abundance of Aussie accents. If you liked Borderlands 2, you’ll certainly have fun with this. If there was anything major that annoyed you about the previous (should that be later?) game, well, the Pre-Sequel won’t win you over. If you have no opinion of Borderlands 2 at all, go get the game of the year edition or whatever, because this is probably not a good jumping-in point to the series.

Regardless, I still have a fair bit more to say on the matter.

As teased at the end of Assault on Dragon Keep, TPS takes us to the moon. To it’s credit, the story leans towards the better quality stuff found in the series, and here we find Borderlands 2’s Handsome Jack to be more sympathetic and likeable character (though I’m sure I don’t spoil anything by adding “to begin with”). Because it’s the moon, there are additional worries to the typical running and gunning, namely an oxygen resource, and low gravity. The former is used to add (in my opinion, somewhat unnecessary) pressure to outdoor segments of the game, and to provide the ability to drift and double-jump whilst in mid-air, which is almost all the time thanks to the latter.

The low gravity in particular rarely lets up, but even so I couldn’t shake the feeling that not enough is done with it. There are jump pads, as well as the ability to “butt-slam”, which is Borderlands TPS-parlance for landing on someone’s head, but the added floatiness of everything makes it feel like a first-person shooter set on a bouncy castle. Which is actually a lot of fun. To begin with.

The pacing of the game works much better than it did in Borderlands 2. As it stands you now unlock your action skill at level 3 (as opposed to level 5 in the previous game), but you’ll also start with character-specific weapons, so you get a feel for the different characters early right away. You’re then drip-fed various game mechanics at a reasonable pace (some which you expect from previous games are playfully teased until you unlock them), until you get to around level 10 in time to unlock the “Grinder”, one of Borderlands TPS’s headline features.

The Grinder (a name which works on many levels)’s a special type of machine to go along with your vending machines, slot machines and other stations dotted about (strangely you gain access to it via an optional (and therefore easily-missed) side-quest). This is Borderlands’ concession towards the complaints that the loot randomisation was somewhat flawed once you start reaching high-levels and doing multiple runs, the idea being that you take 3 items, and grind them into a new, (hopefully) higher-quality one. Aaaand it works-sort-of-not-really. The main problem is that the bloody thing isn’t an inventory item- so you have to trek back with a full inventory every time you want to use it (which leads to another complaint, which is that there’s a real scarcity of fast travel points). The other thing is that it’s a little expensive, it seems you have to grind two higher-quality items to improve the quality of an item type you actually want, and then you have to throw in some moonstone (The Pre-Sequel’s answer to Eridium) just to make sure it will actually give you something better and not just different.

After the really commendable progress Diablo 3 has made with its loot drops over the past couple of years, it seems like a wasted opportunity for Borderlands to do the same. More class-specific stuff, more interesting effects (beyond the incredibly unhelpful red text properties) and more legendaries please. There are the new “laser” weapon types, which are just about divergent enough from other weapons to make them noteworthy, but one new weapon type doesn’t seem like enough, particularly if you’re already have a favourite (or pick a character who leans towards a specific weapon). By this point, I reckon everyone that’ll be playing Borderlands have already seen their fair share of the loot tables and are looking for something more.

Still, at least there’s a new roster of characters, four to be exact, three people and one er- CL4P-TP (hereby referred to as Claptrap), which the game insists you shouldn’t play. Although the new character types lack the strong personality found in their forebears, they make up for it with vastly improved skill trees. Perhaps unsurprisingly, Claptrap seems to be the most unique of the bunch, eschewing the need for oxygen (other than for boosts) and having an action skill that’s semi-randomised. Fire off Claptrap’s action skill and you’ll get invisibility one time, and a laser disco-ball the next. You may not know what will happen, but there’s nothing like playing as Claptrap and pressing the F key and watching madness ensue.

The other characters are defined as much by their weapon preference as by their action skills. Athena prefers a melee and thrown shield combo (think Xena: Warrior Princess and you’re not a million miles off), Nisha is a pistol-toting cow-girl with a skill that turns the screen into a shooting gallery out of a western, and Wilhelm relies primarily on two summoned bots, one which attacks and the other which heals (both of which seem strangely underpowered to begin with). But in every case the skill trees are lot more fleshed out and meaningful. Each of the characters’ three skill trees feature a different way to play the game, and feature some interesting twists on the gameplay, much as Gaige’s skill trees did.

In a break from tradition, I’ve spent a lot of time playing the game co-op. I dabbled a little bit on co-op with Borderlands 2, but time pressures combined with a rapid release of DLC meant that I soloed most of the game. Seeing as the Mac version of the game received a simultaneous release with the Windows version, it’s been even easier to play with others. In doing so, I was thrilled to find that this is an area that has actually improved in a lot of respects, most notably that each character has a skill tree dedicated to co-op. Claptraps’s “High Fives Guys” skill is particularly entertaining, with everyone scrambling to run over and high-five (melee) him in order to get a massive damage bonus (added to this is the fact that Claptrap’s action skill also affects co-op partners in many cases, such as his “Funzerking” skill causing everyone’s guns to fire non-stop).

Overall though, I found the game, particularly the low-gravity and oxygen mechanics soon outstayed their welcome. Once the novelty had worn off, I longed for something more, or at least a return to more straight-forward shooter action. All told the game weighs in at around twenty hours, and I’d felt my fill of it by the half-way mark. It doesn’t help that the vast majority of it is set on the moon, it’s always night-time and there’s an understandable lack of scenery (though it must be said, 2K Australia have done a marvellous job with the colour palette in spite of this).

Still, when all’s said and done, this is Borderlands, and I’ll be very surprised if we can’t expect something more in the form of DLC in the intervening months. Gearbox might have side-stepped the need to create something brand new by packaging this as a “pre-sequel” rather than “Borderlands 3″, but I gather expectations will be rather high by the time a true sequel comes along.

The game is essentially the same engine as Borderlands 2, but it seems Aspyr have managed to do some further optimisations to get it to run smoothly on the Mac, because run smoothly it does– provided you dial down the draw distance a little and install Mac OS 10.10. I found the performance to be better than Borderlands 2, with fewer artifacts (there’s still a minor quibble with regards to shadows) and generally better performance overall (with the caveat that the performance is awful for the first ten seconds or so whilst the level assets are loading on a new level).

I should also point out that it doesn’t run in a “true” full-screen mode (at least, not on OS 10.10), so you can have this sort of thing happen.