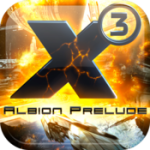 The X-series is long-running space simulator (with heavy  emphasis on simulator) that allows you to trade and battle other ships, but…

It’s rare that a developer will talk openly about choosing to take advantage of SteamPlay’s system of ensuring that gamers only buy a PC game once, no matter which platforms they prefer to use. Egosoft’s Managing Director, Bernd Lehahn recently did just that, posting an open letter to clarify their position on Steam. Of note is where he talks about Mac and Linux versions of their game:

Today when we talk of “PC Games”, we no longer ONLY mean Windows. For some time already, both Mac OS and Linux have become valid alternatives. External partners ported our games over to MAC and Linux and sold them as a new product, sometimes for a different price. Unfortunately these externally developed ports had a number of problems for us as a developer as well as for our customers:

For the customer: Should you ever switch to a different operating system and want to continue playing our games, you had to buy the game again.
For the developer: Since the porting is not based on a single set of source code, it gets increasingly expensive to develop updates for all platforms.

Egosoft, the developers behind the X3 series, have 3 of their games available on the Mac App Store, but the games were ported by a third-party, Virtual Programming Limited (who were also responsible for porting some of Paradox’s strategy games). When we reviewed X3: Albion Prelude, we found a lot to like about the game which was let down by the less than stellar performance. VPL have patched the games since the initial release, but the complaints with regards to performance have not subsided.

The price point is something of a quandary too. X3: Albion Prelude’s lowest price in its 18 months on the Mac App Store was £6.99 (for just under two weeks). The Windows version on the other hand has been priced as low as £2.50 on occasion, and that doesn’t even include third-party resellers and bundle offers. So why are Mac gamers paying more money?

The answer is of course that the company did the port effectively then owns the Mac version of the game, and sets their own price, independently from everything else. From their point of view, it’s a good system, because they can afford to buy the rights from the original developer (or publisher), do the work in getting the game to run in Mac OS (and let’s not discredit this at all), and then sell it as a new product.

But it’s the consumer that’s getting screwed over. Remember, you’re getting the same game here as the Windows version, there’s nothing that the Mac version has that the Windows version doesn’t (in fact, there’s arguably less, as the Steam version also has achievements and better mod support), and in many cases is fraught with problems. But arguably the biggest complaint I hear from gamers is that they have to buy the same game more than once.

Take XCOM: Enemy Unknown. A truly brilliant game, that was first released in October 2012. People rushed out and bought it, whether it was on console or Windows. With the lack of a Mac version available (or even announced), Mac gamers would simply have to do what they always do, run boot camp and get the Windows version. Four months later, the Mac version was announced, a month after that a release date was provided and the hefty required system specifications were detailed. It was nearly half a year between the game being available to buy on other platforms, and then knowing whether you’d be able to play the Mac version. It was 7 months after the original release before you could pay £34.99 for a game that had already dropped to below £20.00 in many outlets (below £10.00 if you really looked), and that you then wouldn’t be able to play multiplayer with people using the Steam edition. And yes, people wen and bought it again, just so they could play it on their Macs.

This isn’t to knock (the publishers of the Mac version) Feral Interactive, as their ports are consistently high quality and arguably good value for money when taken in isolation. But no-one in their right mind could suggest that this is an ideal situation. Yes, the point can be made that it’s better, after all, to at least have a Mac version as opposed to no Mac version at all, but this is an attitude that won’t ever improve things.

But look at how differently Bioshock: Infinite has worked out. A week before the game was released worldwide, Aspyr announced that a Mac version was forthcoming. Not only that, but they further clarified that it would be SteamPlay-enabled, meaning that buying the Windows version on Steam at the time of its release would eventually net you the Mac version when it’s available. Cryptically, the Aspyr representative said of buying the game prior to the Mac version release that “we won’t get credit for the sale”. In other words, Aspyr don’t earn money on sales of the game prior to the Mac version’s release.

But strangely, even this arrangement doesn’t seem to be in Aspyr’s best interests. There’s no way to “pre-order” the game from Aspyr. They could have set up a system where you give Aspyr (or more accurately, GameAgent) your money, and then you immediately get a Steam key, ready for when the Mac version is available, with the added benefit of being able to play the Windows version right now if you choose. By “pre-ordering” in this way, you as a consumer have pledged your support to the Mac development of the game, whilst still being able to access the currently available one. Instead, you can look around for a deal, buy it, and no-one would ever know you were really after the Mac version.

As a gamer, I fully support SteamPlay, not because I think Steam is the One True Digital Distributor, but because it’s in the interests of the consumer. SteamPlay encourages developers to be agnostic about platforms and devices. Maybe I’ve got a Windows desktop computer and a MacBook Pro, and I want to buy FTL to play on either. SteamPlay lets you do this. We shouldn’t be paying a hardware tax on our games. SteamPlay means that you can buy the  Steam version of a game from anywhere you like (even if the seller only advertises it as being for Windows), and you can play it on your Mac, paying the same price as everyone else.

As Mac gamers we’re in a tangled mess right now, with different places to buy different editions of games, each of which is lacking features from the others. Part of the issue is the business model of the Mac App Store, as it simply doesn’t allow to “register” games on the service like you can with Steam, having acquired them from other sources like bundles or giveaways, but I suspect that people buying from the App Store are doing so because they want to buy directly from Apple, which is certainly their prerogative. Another part of the issue is that the original developers and publishers simply don’t seem to care about Mac gamers enough to warrant treating them as target consumers.

Don’t get me wrong, we absolutely need companies like VPL, Feral Interactive, and Aspyr to produce good quality versions of games that we can play on our Mac, and to champion Mac gaming on our behalf. But we need publishers and developers to take ownership of the problem too. Don’t just sell off the rights to have an inferior version of your game produced just to make a bit of extra cash. Either plan to make a Mac version in-house, or contract those companies with the expertise to help you do it. It should be a point of utter shame for big publishers like Bethesda that small independent companies can produce versions of their games for every platform under the sun, whilst one of the biggest-selling Windows games of all time isn’t available on Mac OS.

Let’s have consistent and fair pricing. Why am I paying a premium for the privilege of playing on Mac OS? Let’s celebrate Steam and Gog.com’s policies of being able to buy a game once, regardless of the platform we happen to be using.

And for goodness sake, let’s be more open and forthcoming about future Mac releases. Don’t just let gamers know about Mac releases from rumours and bodged secret betas. Tell us if there’s going to be a Mac version of a game that’s due to be released on other platforms. Then let us buy the other versions anyway, if we want to play now, even if we fully intend to play the Mac version later.

As for Egosoft, they’ve had a change of heart:

EGOSOFT is currently working on porting all X3 games (X3: Reunion, X3: Terran Conflict and X3: Albion Prelude) natively to both Linux and Mac OS. There will be a transition period in which we phase out the older ports by 3rd parties, but our goal is to make all three versions available under “Steamplay” for all customers. This means that everybody who owns a Windows license on Steam will automatically own all three versions!

That’s a sentiment I can get behind.