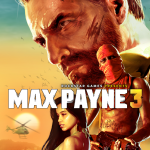 Max Payne 3 should have been one of the best games available on Mac OS X, but a terrible port make it seem like a cash-grab and something to avoid.

Um yeah. So it turns out Max Payne 3 is now available on OS X. We mentioned this possibility a while ago, and it looks like it’s finally happened.

Today Max Payne 3 is showing up under my “Mac Games” section in Steam, and the official store page shows it as well. So what does developer Rockstar have to say about all this? Er, nothing. Apparently they are too busy with a “triple XP weekend” to worry about anything unimportant like announcing a new release.

The game itself was reasonably well, with Rock Paper Shotgun’s Jim Rossignol calling it “an accomplished, expertly produced shooting gallery (with a few faltering steps) the likes of which we always have an appetite for”. You can probably give the season pass a miss though. Check out last year’s trailer, below.

At this exact moment in time, the cheapest place to get it looks to be Amazon.com (it registers on Steam regardless of where you get it, and is SteamPlay-enabled, so you can grab the Windows version and use the code from that).

UPDATE: It looks like the game won’t launch (yet), despite it showing as SteamPlay. We’ve contacted Rockstar about this, will update again if there’s any news.