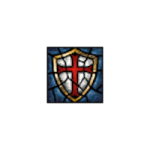 Similar to a treasure chest buried a hundred feet down, Crusader Kings II is a game overflowing with richness, realism and depth. But in order to get the gold you should be immensely prepared to dig deep through thick layers of bugs, glitches and a generally subpar port.

Crusader Kings 2 is a complex beast of a game. Many (myself included) have tried to penetrate it via its strangely organised in-game tutorial, and its official manual, and come away, how can I put this, somewhat wanting.

A graduate student, Darren West,  has picked up the slack and created an 88-page manual, covering everything from the base game, to the DLC:

For a grad school project, I created a complete manual for Crusader Kings II. I didn’t know at the time that Paradox actually made one of their own (and have made a new one for The Old Gods), but mine is certainly different. My ambition was to make something approaching the glory of Microprose’s manuals. I freely admit that I fell short, but I’m still proud of my accomplishment and would like to share.

This manual is over 3 MB in size and is nearly 100 pages long. It is up-to-date as of the 1.10 patch and includes all of the major DLC (Sword of Islam, Legacy of Rome, The Republic, and The Old Gods). Cosmetic DLC and Sunset Invasion are not included, as they have no mechanical impact on the game (please correct me if I’m wrong). It is not approved by or associated with Paradox Interactive, and is not intended to replace or compete with any work they have produced. It is made freely available by me, the sole creator, and will be removed if Paradox deems it a conflict with their products.

As well as being clearly written, it covers both finding your way around the interface, as well as the fundamental concepts of gameplay, complete with illustrations, assorted tips, and even an index.

West says he was aiming to make something that “if it were printed, would function as a book”. I plan to have a full read of it over the weekend, in the hopes that the game might finally start to make sense to me.