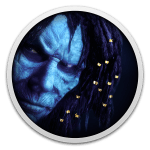 Featuring what's possibly the most engaging, thought-provoking story ever seen in a computer game, Planescape: Torment is a symphonic RPG that hits all the right notes.

It’s something of a well-kept secret of mine that I love Planescape: Torment to bits. No, that’s not right, I even proclaimed so on this very website once upon a time.

With Project: Eternity under way, a new Kickstarter project lays claim to the money you’ve put aside for the possibility of ever seeing a Planescape: Torment sequel. This isn’t that, but it’s likely to be as close as we’ll ever get.

From InXile Entertainment (they of not yet complete Wasteland 2), Torment: Tides of Numenera is based on the Numenera universe rather than the AD&D-based Plansescape. It has been given the thumbs-up by PS:T’s designer Chris Avellone, and promises to have many of the elements that made the original so great:

We’re crafting Torment with the goal of creating a gameplay experience like that evoked by Planescape: Torment (or PS:T). We want Torment to challenge, reward, surprise, and entertain you in ways that PS:T did. To do that, we examined PS:T carefully, and took these four pillars as our foundation:

They’ve also assembled most of the team who worked on Planescape, including Mark Morgan who composed the incredible soundtrack. The story, meanwhile, will revolve around the theme of “what does one life matter?”, which is about as close to “what can change the nature of a man?” as is grammatically possible.

There has been some criticism (and a pre-emptive rebuttal) that InXile really ought to have finished Wasteland 2 before embarking on a new project, but as we’ve heard, Kickstarter is increasingly used as a marketing opportunity rather than a primary source of funding. Either way, this one has an expected release date of December 2014.

The Kickstarter runs for 30 days, with a target of $900,000. The obligatory video starring People Who Want Your Money, is below.