Planetary Annihilation, a game from Uber which promises “Total Annihilation-inspired gameplay on a planetary scale”, was funded on Kickstarter last August, seeking $900,000 but going on to reach $2.2 million in pledges. Uber’s CTO and Creative Lead Jon Mavor spoke candidly to us about the success so far, and future plans for the game.

In part one of this interview we discussed Macs and Jon’s vision for the gameplay. In this final part of the interview, we discuss the Kickstarter phenomenon, and pitching to publishers.

So you were saying that you’re ok with some complexity, which is preferable to “dumbing it down”…

One thing that makes that possible is Kickstarter and the digital distribution concept, and all that kind of stuff, that means that we can effectively reach people around the world, in a way that wasn’t really possible [before]. Imagine trying to sell copies of the game in Romania in 1997. There was no digital download. Or there’s a lot of different places– Russia, Brazil for example. Now we have a worldwide way to distribute games across all these territories, which changes the economics, especially when you remove all the costs that are associated with retail. The economics are just so different. Like I said, we don’t need to sell a million units for us to consider the game to be very successful.

With regards to multiplayer, it’s going to be a client/server system, will people be able to run their own servers?

People running their own servers is kind of a key part of the plan. I don’t really have any idea as to what the ratio is going to look like between us running servers and other people running servers. I kind of hope that other people will be run a lot of the servers, but we’ll run our servers to make sure people can play the game either way. It also depends on what kind of game type is the most popular. Some of the big games I’m envisioning, you’ll pretty much want the server [to be] in a data center, on some kind of beefy machine. So the size of game that you host is going to depend on how big your server is. That being said, there’s people already on our forums that are “oh yeah, I’ve got 30 servers that I’m going to run”. My goal is, someone has a Linux box, an old machine, run a server on it! It’s not clear to me exactly where the bottleneck is going to be, but I suspect that for people trying to run servers that upstream network bandwidth will be the limiting factor. 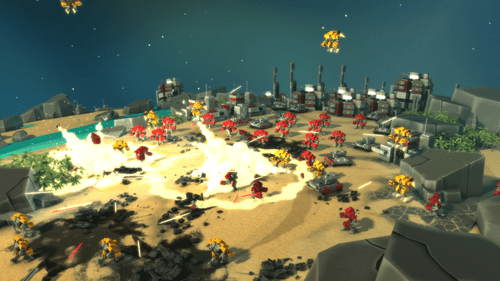 When your Kickstarter campaign launched (in August last year), it was at a time when many were complaining that they felt “burnt out” on the kickstarter phenomenon in general. Do you think that if you had been able to do it earlier you would have received more backers, or was the end result in line with what you were hoping for?

We identified that particular issue as being a potential medium-to-long-term problem with Kickstarter, that people would just get kind of burnt out on it. So we knew we had to act quickly if we wanted to take advantage of it. That was pretty obvious to us. In retrospect, to me it’s not that obvious. I don’t necessarily think that Kickstarter is going to burn out any time soon. I think it’s too compelling a concept, and I think what you are seeing already is an arms race in terms of the quality of the pitch that you need to have to be successful. Obviously I get a lot of people asking me about this stuff, and we’ve done a lot of soul-searching, put a lot of thought into our conceptual model of Kickstarter, and from everything that I’ve seen be successful, there’s several elements that you have to nail if you want to be successful (and I define “being successful” as “raising seven figures”).

One of the elements you need to have is a “hook” that people can wrap their heads around, that has some sort of, maybe not a “nostalgic” element, but an element of something that they’ve done or interacted with beforehand. In our case, that would be the previous games [that the backers] have played that are like this game. In the case of Obsidian, for example, it’s the previous Obsidian games– if you’ve played a bunch of Obsidian stuff, you kind of know the kind of games they make, and you can extrapolate from their pitch, “this is what they’re going to do”. With Double Fine Adventure, it’s the same thing. Everyone’s played a Ron Gilbert adventure game at some point, or seen one, Maniac Mansion, or Monkey Island or whatever, and so it’s easy to say “ok, I know what I’m going to get”. So that’s one of the elements you need to have. If you’re trying to create something completely unique and new, it’s very, very difficult to make big money on Kickstarter. You need to scale it back, prove it out first, I think.

And then of course, the other things you need are, the pitch itself needs to be really high quality, and then you also need to have some sort of execution, [you need to] show that you have the ability to build confidence in the community that you know what you’re doing. So you need all three of those things, and if you’re missing any one of them, it’s going to be really, really tough to get up to that $1,000,000 level. If you want to raise $50,000, go for it. There’s all kinds of crazy stuff that you could pitch. As long as you have a good pitch, you can get to $50,000. But if you want to raise a million or two million dollars, your pitch, your background, and the hook, all have to be exemplary. And you can see this if you just go and look at the Kickstarters that have hit those kinds of numbers.

Castle Story, I think is a great example of one where the pitch is fantastic, the game concept is great, everything about it makes sense. They asked for [$80,000] and they got $700,000. That went really well, because they’ve got a game, they’ve got a pitch, but they don’t necessarily have all of the rest of the hook [in terms of previous similar games]. I suppose you could say Minecraft is the hook. The execution of the team is proven by the video that they had and all that kind of stuff, but it’s still not strong enough to raise 2 or 3 million dollars, because it lacks that deep past. I think they did very well, and I thought their pitch was really compelling. Imagine if that pitch was done by id Software. They’d hit $5,000,000 just like that. You have to bring some of your community with you, I think, to a certain extent. 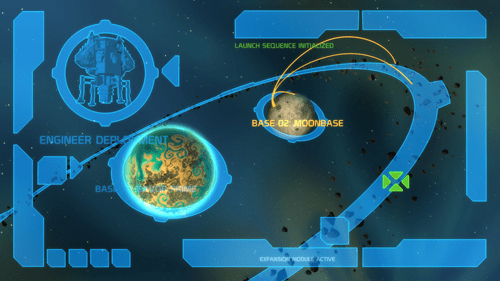 Publishers are going to be much more about the numbers, the market analysis, and that kind of stuff. Whereas if you’re selling a game, it’s much more about “does this game look compelling to me as a consumer”. There’s plenty of publisher pitches where a publisher will look at it and go “I love this game, this is a great idea, but we can’t sell it. Our marketing guys can’t sell it, we don’t know how to distribute it, it doesn’t fit our portfoilio management scheme”, that kind of stuff. So I would say that they’re very different.

We made a decision a long time ago not to really do those types of deals. You don’t see us doing the typical “we’re going to go out and have a publisher bankroll our game, and work on a milestone with them” and all that kind of stuff. We don’t typically do that kind of thing, mainly because it adds an incredible amount of overhead to the project, trying to deal with the publisher. It’s like too many cooks in the kitchen. Everyone at Uber has been through that process, and we’re not a fan of it. That being said, we still look at strategic partnerships. Strategic distribution partnerships, even funding in some cases, but the deal has to make sense. The traditional kind of model doesn’t really work for us.

Pitching publishers… you could write a whole book about that.

With Planetary Annihilation, is Kickstarter the only source of funding?

No. It’s [only one] source of funding. A lot of people seem to assume that the budget of a game is going to be reflective of the budget in the Kickstarter, and a lot of other people seem to assume that the budget of a particular stretch goal is also going to be represented by [the value of that stretch goal on Kickstarter]. A Kickstarter campaign is a marketing campaign, ultimately. You choose your stretch goals and your values based on marketing. The actual amount of money that you spend on the game [development] is a different issue. That’s more along the lines of the [return on investment], how much can we afford to spend, and all that kind of stuff.

We think that the market potential for the game is pretty good, but we think we could spend a lot more than 2.5 million dollars on the game, and be in a position where that’s recoverable. For example, right now we have pre-orders available on our store. That pre-order money continues to come in. We spend that on the game, as an example. One thing I will say is that we wouldn’t have done the game without the [initial Kickstarter] funding. If we couldn’t have raised that $900,000 on Kickstarter, we wouldn’t have done the game because it would have been evidence to us that there’s no market. That was [a way to] test the market, that people actually want this. We didn’t hit 3.5 million, we hit a little over 2, so that tells us the market is strong, but not universal. It’s not Obsidian’s next RPG, and it probably won’t sell like that, but it will sell enough to make it worth doing, and it’s worth doing because it’s what we want to work on.

Are you finding that there are still a lot of people who are only just finding out about Planetary Annihilation, and are opting to pre-order as a way to get involved?

Pre-orders continue to grow. We definitely have a visibility problem. I get emails every single day, saying “holy cow, I haven’t heard of this, I just saw the video, how can I get in on this, I missed  the Kickstarter” so we think there’s even more demand out there than we’re actually able to supply right now, in terms of things like upgrades. People don’t want to just pre-order the game, they want to get in, get some of the stuff the Kickstarter people got. They want have more stuff. So we’ve actually been considering almost restarting the campaign just on our site, and add more stretch goals and things like that, because there just continues to be demand. And I think the demand is going to go up more when we start to show the actual game running in public.

Thanks for your time. 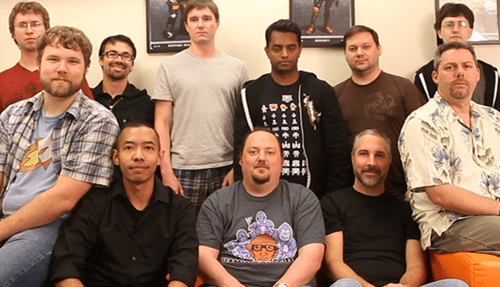 Planetary Annihilation is scheduled for release “this year”. If you missed out on the Kickstarter, you can pre-order the game from Uber’s website, which offers many of the bonus extras available to pledgers.