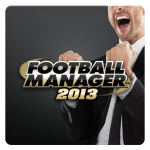 A game that is all about football, whilst in a way having little to do with football, the 2013 version of Football Manager warrants your attention if you're a strategy fan.

The Football Manager series is a curious thing. Historically, fans of the series (and football in general) tend to lap it up, pre-ordering each instalment on a yearly basis, with everyone else just ignoring it, making a review somewhat redundant. There’s a lot of depth to this game, and even after many hours of play, I still feel like I’ve merely scratched the surface.

As a manager of a team from any of 51 countries, you’ll of course be tasked with setting tactics and training schedules, and shouting orders from the sidelines during a match. It goes an awful lot deeper than that though. You’ll need to massage your player’s egos, address their needs, give pep talks at seemingly every possibility, do media relations and organise scouts to find new players. Oh yeah, and don’t think you’re the top of the food-chain either. You’ll frequently need to answer to your harshest critics– your club’s fans, and to the club’s board members. After an extended period of time with this game, I’ve come to the conclusion that the life of a football manager isn’t as glamorous as I’d like to believe.

If all that seems to much to handle, you can try 2013’s new “Classic” mode. This cuts down on the available options and micromanagement somewhat, allowing you to focus on tactics, contract negotiations and transfers. To make things even easier, you can delegate some decisions (such as team selection) to your subordinates, which is handy if you’re feeling overwhelmed (this option is available in the main game mode). There’s a set of tutorials which do a decent job of explaining the interface and give you and idea of the sort of things you’ll have to do in a typical game. The tutorial was a bit buggy in the pre-release  review copy I had, so hopefully that’ll be fixed before the game is released. That said, there are still aspects of the game that will warrant spending some time with the built-in help system, especially if you’re not particularly familiar with football terminology.

Also new in this version (which boasts “over 900 new features“), is a “challenge mode”. Each challenge gives you a specific objective (such as having to meet the board’s expectations in spite of a heavily inured team), and a set amount of time to complete. These can be a great way of learning new game mechanics, or just generally brushing up your skills. The “match engine”, which pours in all the decisions you’ve made over countless hours and turns them into football, has been revamped, although unsurprisingly, there are still some odd issues (which I’ve been promised will be resolved before release).

Once you get to the match itself, you choose to watch it all play out, just watch the highlights or even just skip to the results. If you do choose to watch it, you can make substitutions, change tactics and shout instructions from the sidelines as the game proceeds. You’ll also (optionally) get feedback and observations from your staff, although sometimes this is just unhelpful, such as being told that you should have spent more time doing defensive training, whilst commending you for spending a lot of time doing offensive training.

Everything in the game is about trade-offs. Do you train your players harder, making them more susceptible to injury during a match, or do you pander to their every whim, increasing morale, but lowering their performance? The same goes for matches. Do you emphasise player creativity, or enforce strict discipline and adherence to formation? You can easily get lost in the details. You’ll receive regular emails from different people, look up detailed stats on each player, read news articles on a regular basis, and I defy anyone to know the relative importance of every single statistic. I frequently found myself just clicking through messages just to get to the matches, to watch everything unfold.

The bewildering assortment of options in the game can only be a good thing. It gives rise to some emergent gameplay, and even lets you role-play to some extent. I chose to imagine myself as a hardline dictator for most of my time as a manager, not tolerating any tomfoolery from my players, whilst also not giving particularly inspiring speeches (which worked out surprisingly well). The game seems to have more in common with other strategy games rather than sports games, and I found myself making comparisons with Crusader Kings II, and to a lesser extent, Dwarf Fortress. That said, it’s certainly a lot more accessible than either of those other games, probably because the subject matter is a lot more familiar.

On the negative side, a microtransaction system has been added to the game. When playing classic mode, you can buy (with real-world money) extra in-game currency, as well as “unlock” certain options when faced with a choice. You’ll see little padlock icons throughout the game, which means that you either need to complete certain achievements, or in many cases, get your wallet out. You can learn to just ignore them after a while, but regardless, it seems like a very cynical move for a full-price game.

If you’re a football fan new to the series, or (even better) like strategy games with a lot of depth, then Football Manager 2013 is worthy of your consideration. For everyone else, well you’ve already decided. With over one hundred Steam achievements to unlock, this is clearly a game that yearns to played over and over.

With all the number-crunching going on, expect some long load times, especially when setting up a game for the first time, or when saving. The interface feels kind of slow at time, and there’s a somewhat uncomfortable wait for different parts of the screen to refresh when switching between modes (such as when going from team selection to the match preview). Overall the game has a tendency to feeling sluggish, and this can result in you clicking buttons before the game has caught up, leading to all manner of bugs and crashes (though as noted, this was a pre-release version). One crash in particular was resolved by trashing the ~/Library/Caches/Sports Interactive folder.

The aesthetics of the game are nothing impressive; the interface is reminiscent of a web application rather than a game, featuring a translucent effect throughout and big colourful buttons, but that’s probably down to the fact that the interface is entirely skinnable. When watching a match play out, the visuals are adequate, but lacking a certain polish, even with the graphical quality maxed out. But this is not a game about watching so much as it is about analysing, so I expect this alone will not put anybody off.

There’s no sound at all, except when in matches, which makes the experience feel much more focused, more like work than game playing.

The game supports online competitive multi-player, which is a bold move for such a complex, turn-based game. There are various options you can set in order to streamline the process, so that each player doesn’t have to wait for the others to make hundreds of decisions.

DLC is planned, but nothing has been announced so far.

Last updated June 19, 2013
multiplayer simulation sports steam strategy
Details of everything we received from publishers as part of this review are available on out integrity page
Gameplay Video
Mac Game Store Steam