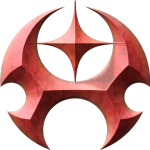 Drox Operative is about piloting a ship around a galaxy, with the aim of conquering it indirectly: through forging alliances with powerful inhabitants or through other means (such as turning a hefty profit). You control a ship from a top-down (if there is such a thing in space) perspective, and at first glance it resembles Space Pirates and Zombies, albeit with many differences under the surface. Whereas Space Pirates and Zombies had you going from system to system, unlocking a series of warp gates along the way, it offered comparatively little to do within each system, which meant the game could quickly feel repetitive and grindy. In Drox Operative, you’ll never feel short of things to do (quite the opposite in fact, but we’ll come to that), and in truth a more apt comparison would be with (Windows-only) Space Rangers 2. It’s an interesting, if problematic genre, one where the gameplay elements of exploration and shoot-em-up style combat, must be carefully balanced with missions, diplomacy and a sense of RPG-style progression.

Like Space Pirates and Zombies though, Drox doesn’t quite manage to hit the sweet spot, this time venturing too far along the complexity axis. There are a lot of options, parameters and things to tweak, an awful lot too see and do, but the end result feels like a mechanic’s toolchest: filled with interesting bits and bobs but no sense of order, and limited affordances to the unfamiliar.

During a typical game, you’ll need to destroy enemies attacking you, upgrade your ship’s various stats, upgrade your ship’s components, loot containers, manage diplomatic relationships, trade and complete timed quests. The end result is something like Diablo meets Civilization in space, but naturally then the pacing becomes a huge problem. The Diabloesque mechanics of the game call for  fast-paced fly-kill-loot-upgrade-repeat gameplay, whilst the Civilization diplomacy-gardening and resource-management (in terms of ship power systems, credits and so on) elements naturally require a little more forethought, consideration and planning. Trying to serve those two different masters simultaneously is far more challenging than the game itself.

I feel that I need to stress that there’s nothing in the game that’s inherently broken; each tool in the chest works well enough on its own. The combat is reasonably satisfying, the upgrade system is comprehensive, and the diplomacy screens work well. It’s just that once they are altogether it seems to fall apart.

On my first playthrough, I was doing (at least, so I thought) extremely well. I had only died once (dying causes you to respawn with only a small experience penalty), had solved a bunch of quests in the system, and in the process had forged strong alliances with two of the alien races. Then I checked the diplomacy screen and realised there was actually a more powerful race that was active, and I’d do better to try and keep them happy instead. Indeed, as I was looking at the diplomacy screen, the dominant race in the sector I was in was suddenly wiped out, shortly followed by the other one (there may have been some forewarning of this, but one thing that happens near the start is that you get desensitised to all the various notifications that occur while you play). This meant two things: first of all I was now losing, and secondly, it appeared that I was stranded in a dead sector (without active races, you can’t use the warp gates). Whether this was just a bad roll of the die or poor planning on my part, all I could do then was fly around and wait for the 10-minute failure timer to end the game.

On the positive side, failing the game didn’t mean that it stopped there. I was then able to generate a new galaxy, and pick up where I’d left off, with my ship and loot intact, just with the new galaxy starting at a higher level. This second time, I started the game with the “pacing” slider turned all the way down, to see if maybe focusing more on the diplomacy, trading goods and focusing on quests made for a better fit. Here I noticed other annoyances, such as the fiddly way inventory management (via cargo containers), the ambiguous responses from other races and the sheer lack of anywhere safe to stop and shop (you are always vulnerable). Overall though, I did find this slower pace to be a better fit for the sheer number of things that need to be done.

Of course, there will be those who appreciate the mad juggling involved and are prepared to invest the necessary time with the game in order to reap the more than generous gameplay contained within. When there are so many games that give so little to the player in terms of gameplay and depth, it seems a shame to have to criticise this one for offering too much.

More than anything else, I come away thinking that there’s still a lot of potential in this genre, and once someone manages to find the perfect balance between giving the player enough toys to play with, and having fun combat and an engaging universe, it will make for a truly wonderful game.

Until then, if you’ve got a hankering for some galactic gameplay, and found Space Pirates and Zombies too basic, Drox Operative is certainly worth a look.

The audio visuals are rudimentary, if a little on the drab side. It will barely tax your system, and it’s worth noting that the right-mouse button is only used as a shortcut, meaning this is a great game to have on a MacBook.

The game can be played co-operatively, but you’ll need to run a server (or connect to someone else’s server) in order to do so, as well as allow ports 26503-26508 through your firewall.

Currently the game is only available for purchase direct from the developer.

Last updated June 19, 2013
action co-op multiplayer rpg sci-fi shoot-em-up
Details of everything we received from publishers as part of this review are available on out integrity page
Gameplay Video
Mac Game Store