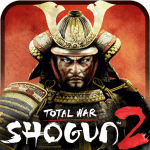 If there’s one thing Mac gamers can depend on, it’s the availability of Total War games on the Mac, even if they are somewhat delayed. The latest in the series to be Mac-bound is Feudal Japan-themed Shogun 2, which is generally regarded as one of the best in the series.

Feral Interactive will be handling the port as usual, more details as I get them, but it’s a safe bet it’ll be available from the Mac App Store. No release date has been announced.

Update: It will include all the DLC, including Rise of the Samurai (not to be confused with the standalone Fall of the Samurai, which is not included).