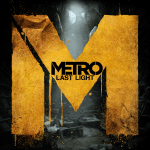 A first-person shooter set in a post-apocalyptic future, in the metro system beneath Moscow, where you must fend off mutated creatures and survive in a harsh environment.

As is the often the case these days, we find out about some new Mac releases via Steam database updates. History has proven these to be startlingly reliable, most notably with XCOM: Enemy Unknown breaking from publisher Feral Interactive’s tradition and getting a Steam release to everyone’s surprise.

I’ve argued strongly in the past that it would be to everyone’s benefit if it wasn’t such a big secret, and yet this seems to be the way we find out now. Correction: A thread on the Neograf forums points to the Steam version of Batman: Arkham City getting a Mac SteamPlay version, and this seems to have been confirmed by the corresponding database entry (thanks, Janichsan).

Whilst digging around, I discovered that the database entry for Metro: Last Light got updated recently to include Mac and Linux versions:

Though this is generally a good sign that a Mac (and Linux) version of the game will eventually make an appearance, there are no guarantees, and certainly no indication of a release date. The ownership of Metro: Last Light was taken over by Deep Silver earlier this year, and this would mark the first significant Mac release for them (with hopefully more to come).

Metro: Last Light is an atmospheric, post-apocalyptic shooter released in May this year to generally favourable reviews, with Rock, Paper, Shotgun’s Jim Rossignol calling it “a linear shooter that kept me engrossed, and even genuinely thrilled at times”. It’s also been praised for its visuals, though it remains to be seen just how the performance of a Mac version will hold up.

We’ve reached out to all concerned parties for comment, and will update this post if we receive any response.

Update: “No comment” from Feral with regards to any Steam releases

Update 2: Metro: Last Light is officially confirmed to be coming to Mac, with no release date but “quite soon”!