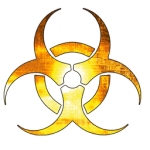 Killing Floor is a game that is deliberately demented. It takes the derivative zombie shooting FPS formula and mixes it in with a diverse array of weapons and a deranged cast of enemies. Though sometimes repetitive and unforgiving, you’ll still find no shortage of AK-47s, chainsaws, flamethrowers and more while killing almost every zombie imaginable: fat zombies, thin zombies, invisible zombies and spider-zombies just to name a few.

Halloween-fever is in full swing, with Killing Floor being the latest game to add to the frights and thrills.

Named the “Hillbilly Horror Event”, it will run until November 6th, featuring a new map, character, weapons and achievements. The game is currently on sale at 75% off, with all DLC 50% off. The Killing Floor blog has all the (literally) gory details:

So listen up y’all! Down yonder is the all new Hillbilly Horrors map – a redneck homestead complete with cars on blocks, junk laying everywhere, hidden secrets, and populated, of course, by bloodthirsty zombie hillbillies. And if that don’t beat all there are 15 new achievements, 6 of them for the duration of the event only, that give you the ability to unlock the Grim Reaper himself to play as. You’ll be as happy as a tornado in a trailer park when you get your hands on the four new weapons we’ve cooked up for you – the MKb42(h) assault rifle (a favorite of many heroes in the battle of Stalingrad), a WWII trench shotgun firing incendiary rounds, the Vlad 9000 nail gun that’ll nail the heads of the zombies to the barn door and a new specialist grenade for the Medic that will heal your teammates and poison those pesky zombie critters. That crazy guy in a chicken suit is also back this year as character DLC but with a twist – he’s now a cyborg chicken affectionately known as The Chickenator.

The game should automatically update through Steam with the new stuff, and there’s a somewhat disturbing trailer below.