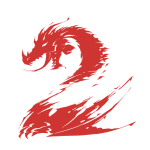 Are you playing Guild Wars 2? Did you know there’s a Halloween event happening?

Halloween has a long history in Tyria, and in times past was always marked by the spirit of Mad King Thorn cavorting among the people unleashing his own brand of insanity. However, it’s been over 250 years since he was last seen, and for most people he is merely a figure of folklore. Despite this, rumors persist among the populace that something wicked this way comes.

There’ll be a spattering of new content, including new mini-games, dynamic events, and new achievements. NCSoft will also be hoping to give its microtransaction system a bit of a boost, with new cosmetic gear available from the in-game Black Lion Trading Company shop. There’ll also be the possibility to spend money on PvP tournaments.

The Shadow of the Mad King event kicks off on October 23, and will run until the 31st.