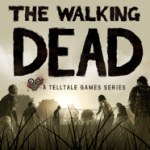 Well this is awkward.

Since the release of The Walking Dead’s DLC “400 Days”, and me playing through it this weekend, it seems every other gaming website on the planet has produced a review. I’ve avoided reading anything anyone else has written, but it seems highly unlikely I’ll be able to add anything due to the first problem with the expansion: it’s less than an hour long.

Actually, this being one of those rare Mac-centric gaming websites, I can probably tell you something that won’t get mentioned anywhere else: the Mac version of the DLC crashed to desktop twice (during the entirety of my playthrough, so you can either view it as only crashing twice, or crashing an average of twice per hour, depending upon how mean-spirited you’re feeling).

But what’s it all about? 400 days acts as a “bridge” between The Walking Dead and the as yet unreleased The Walking Dead: Next One. As far as I can tell, it doesn’t use any information from your previous saves, nor does it really make any references to the events of the previous game (bar one, very minor throwaway line). That’s OK though, as here we’re introduced to a whole new set of characters. Although that leads to the next problem.

400 Days begins with selecting from five different characters. Contrary to my initial excitement over this, this choice is actually meaningless, as you’ll play all of the characters anyway, so you’re just choosing the order. Playing the characters like this isn’t a problem in and of itself; it gives the stories something of a non-linear narrative (each takes place a different number of days after the outbreak). The problem is that it means each storyline takes ten minutes to play through.

To their credit, Telltale have done a marvellous job of making each of those ten minutes count. Each of the vignettes is a fine example of storytelling and writing; we get to know each of the characters through their actions rather than exposition, but by the fifth one, the setup becomes formulaic, as in here’s this character, they’ll make one significant choice and develop a dark secret as a result (and regardless of the choice made).

I feel like I’m bashing this expansion, given how much I liked the original game, but much of what takes place in 400 Days is currently bereft of the context it will no doubt be given in the next instalment. All I can say about this DLC is that there’s going to be some interesting stuff to look forward to in the next one, but I didn’t really doubt that would be the case.

In terms of a “game”, 400 Days fails spectacularly. It’s paced like a typical hour from the original, and with it broken into five ten-minute chunks (and a throwaway epilogue, which actually creates a massive narrative disconnect, as you’re essentially playing “against” the characters you just shaped), it feels like there’s very little player interaction. There’s a sequence where a new game mechanic is introduced (running through a cornfield), but this actually leans towards the dull side of the tension scale.

I’m aware at this point that this all sounds very negative, but the truth is, it was just as enjoyable as any hour from the original. It’s just that I question the value of packaging it up and selling it as a new chapter. As it stands, I come away thinking of it as one of those episodes of insert television series here, which is centred around a minor character you don’t really care about, filmed when the other actors were off on holiday or another shoot. It doesn’t take anything away from the rest of the series, but it does make me impatient to get back to the plot.