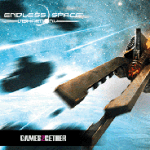 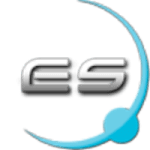 Endless Space has received a ton of post-release supports, with several meaty updates adding new races and features. Disharmony marks the first paid DLC for the game, and as such warrants some closer inspection.

There’s a term in software development called “feature creep”. It’s when the original idea for something gradually gets bigger and bigger, with new shiny features constantly added until it has morphed into something that has lost sight of the original purpose. It’s generally something to be avoided, much like eating ice cream in the shower.

Thanks to the additions brought by the past few updates, the much-praised interface of Endless Space has started to bulge, uncomfortably so with Disharmony installed. Modifications to weapon designs mean that previously long-range-only weapons like missiles can actually be configured as mid- or short-range weapons now, but this is handled via a dropdown next to the weapon selection and is never seen again. There are probably over a hundred technologies now, but finding them can be a pain; much of the useful information can only be seen when zoomed all the way in, and the search function is just miserable (there’s also still the issue that it seems to behoove you to work the research tree in a spiral as opposed to specialising, as many of the technologies are simply required to unlock various mechanics, and there are no real speed benefits to focusing on a single branch). The game is badly in need of a comprehensive encyclopedia.

Speaking of technologies, it seems that it’s now possible to get into a situation where your ship designs can get ahead of what’s actually possible to build. After making use of the “auto-upgrade” feature at one point, I was unable to actually build any ships due to lacking a particular mineral required to make them, which meant I had to find and research the corresponding technology in the “Applied Sciences” tree before I could resume production of my war machine. From a gameplay perspective, the way the technology trees are designed makes less sense, as many of the technologies you’ll actually need if you’re taking an agressive approach will be found scattered amongst all the trees.

Anyway, on with the new stuff. The “Harmony” race that the DLC provides actually feels different from all of the others, thanks to both the design of the ships and the adaptation of the interface (although here too it feels crowbarred in, rather than designed, with the tax slider replaced with a research/food slider), and the race’s innate loathing of dust requiring you to develop new strategies to accommodate this. Gone is the need to make citizens happy, but gone are also the ability to rush production, hire heroes, and retrofit ships. It many ways, the new race represents a removal of ideas, rather than an addition.

The new fighters and bombers (available to all races) are installed as modules on a ship, and though they make battles more visually interesting, they also add a layer of complexity that seems unnecessary. First off, bombers and fighter can each be used for invasion, ship-to-ship attack (or “balanced”), determined at the point they are added to the ship’s design. Then during the battle, you can set targeting and formation patterns for each of them. In all the battles I fought, it seemed that the effect of these latter choices made little difference; fighters and bombers seem to either be useful or not, with no amount of tweaking upsetting that balance significantly.

There’s also the possibility to make land invasions. By constructing ships equipped with “troop” modules (which each have three tiers available) and invading a system, it’s possible to use troops to instantly invade and take over an enemy’s system. It’s a great way to quickly end a siege, although it’s extremely frustration when you get a message that the AI has started invading and successfully invaded one of your systems on the same turn, before you have a chance to react.

The performance on OS X seems to have gotten worse with the game too. I experienced a number of problems playing with the DLC, from the game not exiting properly (requiring it to be force-quit each time), to various slow-downs, music drop-out and situations where I couldn’t initiate battles properly (meaning I had to repeatedly save and restart the game). It’s nothing devastating, but it certainly seems worse than it was previously.

I should point out that there’s a “classic” mode included with the addon, which lets you go back to playing the original game, without the changes in this expansion. I’m glad it’s there, but it does suggest that the developers themselves lacked confidence in their changes. At this point, I hope Amplitude take a break from cherry-picking features from Master of Orion 2 for a while, and instead focus on making what they’ve created better instead. Not as glamorous as new races, sure, but it would certainly make me want to play the game more.