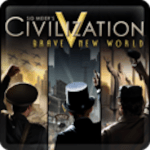 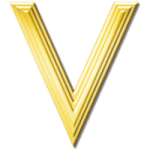 When it was first released, Civ 5 (or ‘Vanilla’ if you’re just playing without the existing expansion Gods & Kings) was touted by most as a simplified version of its’ predecessor, and a prime introduction to the series for a casual or lapsed fan. I fell squarely into the latter category, having been obsessed by Civ 2 on the PlayStation. I spent hours navigating huge gridwork maps with a controller – that’s how dedicated I was. The beginner-friendly Civ 5 made for a great reintroduction. However more often than not my games tend to wind down once you pass the mid-point. The ancient, classical and renaissance eras are frantically active times for my civilisations, full of aggressive expansionism, drastic unit production and important, world changing decisions to be made. Perhaps it’s due to being more of an ancient history buff than a modern history buff but the early stages of the game hold my interest. By the time the 1700’s come around you’re well into your path toward your chosen victory condition, the globe is fully mapped out, your diplomatic relations and cities are pretty established and there’s often little to do other than wait things out. But modern times? That’s… now… basically. And if I were really interested in the world right now, why am I playing a videogame, right? So the majority of my games ended upon the progression into the industrial/modern eras and my attention ebbed away. I know I’m not alone here, the majority of people I play Civ with online are the same. Brave New World goes a long way to redressing this imbalance with the introduction of a few simple features: Ideologies, Trade routes and the World Congress, and a complete overhaul to the Cultural victory conditions.

The Trade mechanic comes into play early in the game, and are now a city’s primary source of income, but it’s the endgame where it has the most impact, especially if you’re pursuing the new Cultural victory conditions that we’ll come to in a bit. Once you’ve discovered another civ’s city or a city state and the Animal Husbandry technology you can construct a caravan to move along a trade route to the other cities, generating gold and science points for both parties, and even religious influence to help spread your faith. The greater the disparity in your luxury resources and scientific discoveries the bigger the bonuses for you both, although the route’s originator gets the lion’s share. Every 30 turns you get to change your caravan’s destinations to ensure you’re cutting the best deals you can. Certain technologies, when discovered, give you additional trade routes and before long you can be selling your wares all over the world by land and sea. You can even use them to transit food and production between your own cities. In my last game I placed a city in the middle of a huge desert to take advantage of the prolific diamond tiles littered in it, and used trade route from a nearby coastal city awash with fish and wheat to keep it well fed so it could mine the diamonds out. Pre-Brave New World the landlocked city would have been constantly on the brink of starvation and the diamonds untouched. Hovering over a caravan unit shows the trade route it’s created and when playing as Rome, with every caravan leading out from my capital, it was great fun to see the spider’s web of yellow trade routes connecting me to every corner of the world.

Even more fun is the new Archeologist unit which can excavate former battle sites for artefacts to generate Culture in your museums. Every time I sent an Archeologist into a rival’s territory to return with an artifact I found myself saying “This belongs in a museum!” á la Indiana Jones. The archeologist, together with great artists, musicians and writers, who are generated by your cities in the same way as generals and engineers, can create great works to hang in your museums and chapels. These generate your Tourism which, unlike Faith points, cannot be spent on new units, but instead spreads to your neighboring civilisations. If your Tourism outclasses a rival then you can become the Dominant culture in their civ; once you’re the Dominant culture in all civs then that activates a Culture victory. Having Open Borders treaties and extensive trade networks also help spread your Culture around the globe. You only really need to aggressively pursue these great works if you’re after a Cultural victory but it’s worth generating Tourism to defend against your neighbors efforts. Either way it’s fun to play curator with the great works, trading them with enemy empires and switching them around museums and churches to create a collection of masterworks and harvest the most Culture points.

Speaking of Culture, the way in which Culture points are spent on policy purchases have also changed. Upon entering the Industrial age you are asked to choose one of three Ideologies: Freedom, Order and Autocracy, which each have huge branching trees of upgrades to enhance your society. It’s basically an extension of the normal culture policies from earlier versions of the game but what makes this different is that your diplomacy with other nations will take a hit if you’ve chosen differing ideologies, and this can drastically change who you can choose as allies and enemies at a time when you could have been planning for a completely different scenario. When paired with the new World Congress it changes the entire way you need to approach your endgame.

The congress meets every 30 turns (though this accelerates from the industrial age) with resolutions to vote on ranging from trade embargoes to choosing a World Leader – every civ gets one vote and an additional vote for each allied city state. Although some you can plan for – I spent dozens of turns spreading my religion far and wide in my last game just to ensure when the congress met to vote on what should be named the world religion that I would be the victor – but any civ can suggest a resolution to vote on and your enemies always manage to find ways for them to hit you where it hurts. I’m not entirely sure what Greece’s argument would have been to ban the international trade of pearls in my last game (my major export and a nice little earner at that) but I emptied my coffers bribing people to vote against it. It’s a traumatic experience to see eons of peaceful relations with your neighboring civs turn to dust just because you’ve lumped for freedom for your citizens whereas your rivals have a penchant for autocracy, then seeing everyone decide you’re an oppressive menace, banning the trade of your best export and all lining up to denounce you. All of these mean more food for thought on every turn in the industrial era onwards, and I’ve found I’ve been dramatically more active in Brave New World games than I was before the add-on.

Civ 5’s greatest strength was that it was approachable in a way that it’s predecessors never were– but if you’re an experienced player Brave New World cranks up the drama so that there’s never a lull, right the way from the ancient past, the present and into the future. With it it’s just become much more difficult to peel yourself away from an already addictive game.