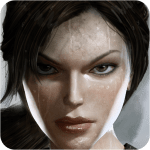 Tomb Raider at its best, with a variety of gameplay gimmicks, lush visuals and solid puzzle platforming.

Tomb Raider Underworld is a tricky game to recommend. On one hand, if you like (but don’t love unconditionally) the series, or indeed the genre, you’re probably at the point where another chapter probably isn’t going to wow you. On another hand, if you’re not fond of Tomb Raider games, this one isn’t going to win you over. Tomb Raider is more of the same, a new set of clothes on Lara Croft’s tired body. Or so the long-time fans of the series (and most of the gaming press) would have you believe.

The truth is that this is the best-looking, most accessible Tomb Raider yet. If you’re unfamiliar with the series, this is probably going to be the best entry point. The gameplay sees you take control of Lara Croft, the titular Tomb Raider, as she platforms through a variety of  exotic locales, occasionally shooting the occasional rival or wild beast. You can tweak the difficulty settings to make combat elements harder and platforming easier, for example. There’s a video you can watch to bring you up to speed on the entire series, so you don’t feel like you’ve missed anything. Lara herself is much easier to control, and whilst she’s no Batman, she has a big bag of tricks, including wall-climbing, grappling and tightrope-walking. The checkpointing is really, really good so you’ll never feel too frustrated by missing a difficult jump.

There are frustrations though. The camera feels clunky, like it’s being handled by a drunkard, constantly bashing into walls and bumping into Lara. The platforming isn’t as tight as it should be, with a slight delay between pushing a button and having the corresponding action executed. Coupled with this is that you can never be quite certain which parts of the scenery Lara can scale, so you can find yourself getting stuck, having previously slightly missed a particular jump and then writing it off as not the correct solution.

The biggest problem though is the pacing. After completing a particularly complex room with a series of jumps, leaps, wall runs and switch puzzles, you’re immediately rewarded with- a large room with seemingly endless platforms, poles and places to climb. It feels exhausting and makes it difficult to play thorugh for an extended period of time. Even the tutorial prologue feels harder than it should be, and when the game proper starts, you are literally given an ocean to explore.

The port is extremely well done. There’s a full complement of graphical settings on offer, and you can command-tab in and out of the game, and even use exposé without breaking it in any way. There are still some minor graphical glitches though (that were presumably present in the Windows version too) such as Lara falling part-way through the floor when interacting with objects.

Visually the game looks like its straight out of Danger Girl with bright, bold colours and cartoonish style, although as mentioned the look can get in the way of working out which parts of the scenery can be interacted with. The HUD is minimal, with most of the UI confined to Lara’s PDA, and so it’s a very immersive experience (until you see huge controller prompts over parts of the landscape at least).