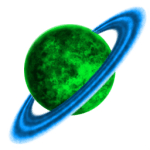 Created by a team of two (you can read the fascinating rags-to-riches (in a sense) story of its development in a post on the Steam forums), Space Pirates and Zombies was first released in 2011. Gradually it started making ripples in the press, before launching on Steam in August that year. Now it’s finally available for us Mac gamers (through Steam).

The game itself is fairly simple, but wrapped in lots of tasty layers. You command a band of pirates who traverse a randomly-generated starmap in search of fame and fortune. Fame in the form of having big ships to destroy other big ships with, and fortune in the form of “Rez”, colourful minerals with which to buy said ships. The bulk of the game sees you directly piloting a ship (you have others in tow as AI-controlled wingmen), moving with the WASD keys, and aiming and firing with the mouse. Here’s where it gets interesting though– you get to design and outfit all your own ships from a bunch of preset hulls.

While wielding intergalactic destruction, you’ll hoover up the aforementioned Rez, but also data (which act as experience points, allowing you to choose and unlock ship upgrades, of which there are loads) blueprints (for unlocking hulls for your own designs) and goons (for trading and repairing your ships). You’ll take on a few missions, but the aim is to go from system to system, unlocking warp gates (through bribery or combat), thus gaining entrance to neighbouring systems. Each system has two opposing factions, Civillians and UTA, and you can choose to side with one in order to take down the other. Your “reputation” with each faction is different in each system, and trying to appease one or the other repeatedly can feel like a chore at times.

Adding to the mix are bounty hunters, a third faction that appears sporadically that you’ll have a reputation with (that’s consistent no matter which system you’re in). Bounty Hunters can interrupt missions you’re engaged in (or conversely, can be hired to help out), and also have an arena, which is a great source of fun. Towards the end of the game, the titular zombies are introduced, which adds a new game mechanic forcing you to adopt a new approach to battles, and massively ramps up the challenge.

All in all, whilst it can get a bit grindy (tip: you can always attack space stations if you need a challenge), it’s a great game to whittle away at and should find a place on every MacBook.

There have been some teething problems, notably people having issues running full-screen in OS 10.6 and Steam Cloud sync problems, but the developers are already on the case and fixes are incoming. The game isn’t very demanding, and the Mac version runs as well as the Windows version (which is always a good sign).

Mods are supported on the Mac version (the game itself comes with two holiday-themed mods), and can be installed to ~/Library/Application Support/Steam/SteamApps/common/space pirates and zombies/SPAZ.app/mods