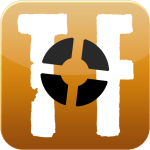 Team Fortress 2 features a simple, yet highly enjoyable multiplayer shooter experience. And hats. Lots of hats. There are several…

Valve has (finally) completed its Team Fortress 2 character videos with the release of “Meet the Pyro”. As with previous Team Fortress 2 videos, it’s both extremely well made and very funny (the game isn’t bad either).

(You can see the entire “Meet the…” video series on the Team Fortress website).

The series has been in the making since Team Fortress 2 was first released back in 2007, and this last addition was highly anticipated. It’s all part of the “Pyromania” TF2 event, which sees a bunch of items and a new map get added to the game (some of said items can be obtained for free by logging on before July 5).

Perhaps more intriguingly, Valve plans to make the tools they used to create the series (Source Filmmaker) available for free, allowing users to create their own videos created in any source-based game or mod (which includes the portals and half-lives).

There’s a website, which has a sign-up button (you’ll need to be running Steam), as well as some information and video tutorials. It all smacks of great potential, and Valve’s reason for doing it seems very admirable:

In the past, we’ve found that giving away our tools for free leads to the community creating amazing things for themselves and for others. All the items in the Team Fortress Workshop, and in fact Team Fortress itself, are a testament to how amazing the community’s creations are. We can’t wait to see what amazing creations you make with the SFM.

The downside (at least for us Mac users) is there’s no information as to whether a Mac version will be available. But after all, it’s not like Valve don’t care about their Mac users…