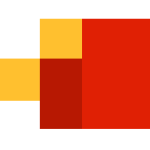 A platformer about a creature called Gomez that discovers the power to traverse dimensions.

After ludicrously alienating a potential market by declaring that PCs are “for spreadsheets”, developer Phil Fish has done an about face and confirmed that Fez will be headed to Windows on March 1st, with a Mac release to “eventually follow”, for reasons of “profit”.

The entire Reddit Q&A, where the forthcoming release was announced (on the heels of someone noticing it on Steam’s manifest) has something of a tongue-in-cheek feel to it, with Fish talking somewhat candidly about his part in Indie Game: The Movie, as well as the tumultuous development of Fez:

I really don’t know what the market is like for your part of the world, but for us, all the hoops we had to jump through to get our game on a closed platform were a massive hurdle. took us a lot of time, and cost us a lot of money. i would say that going with a closed platform for our first game was a mistake. open platforms are obviously better. or even semi-open, like ios. anything that lets you easily put out a game, control its price and sales, etc etc. don’t bother with all the hoops.

The game was heavily praised when it was originally released, with Eurogamer’s Oli Welsh referring to it as “what games were to us in their charged infancy, what they’ve expanded into in the 30 years since, and how to fold those things together into a single, beautiful whole.”

I definitely felt the same, looks like he’s quite a character! Anyway, it’s cool to see Fez coming to the Mac. It’s also quite funny to see him change his mind

Can’t wait to try it out!

Have you seen the documentary by any chance?

I haven’t, I did hear a lot about it… Do you recommend it?