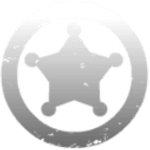 Manage a group of survivors as the found a fledgling colony at the edge of the galaxy, under the direction of an AI storyteller.

It’s been relatively quiet on the Mac gaming front recently. The biggest news is that Apple have cut the price on the MacBook Air, also known as the Mac most ill-equipped for gaming. That said, the other bit of news is that Steam’s Home Streaming feature is now in open beta, so if you do decide to get one of those newly discounted MacBook Airs, do yourself a favour and get a decent Windows PC (that’s the only time I’ll ever make that recommendation) to stream games from. I was utterly surprised by just how well the system works, to the point where it’s almost worth getting a MacBook Air just so I can play Dishonored on the toilet. I kid.

My game-playing habits over recent weeks have been rather psychologically draining, to the point where I have been toying with the idea of booting up Windows in order to try to get to grips with the notoriously tough Dark Souls, a move that appeals to me as potentially being a form of relaxation. After a fairly intense bout of action-RPG gaming in the form of Diablo III, followed by a bit of a SimCity 4 marathon, I’m ready for something a bit different. Where better to look then Steam Early Access, the hors d’oeuvres of the gaming world?

Prison Architect, the game that’s made its creators millions without actually having been released, went on sale on Steam, again (and at 66% off), without actually having been released, but it’s something that at this point I feel it would be best to wait until all the systems are in place. Sir, You Are Being Hunted actually got promoted out of early access into a bonafide finished game, and as such might be the subject of my next review (spoiler: my first impressions back in January were not at all favourable, but it has had plenty of time to mature since then). Eventually I found myself outside of Steam’s mighty pre-release catalogue, and at the doorstep of a tiny (literally, one-person) developer, Ludeon Studios.

Ludeon’s game, the somewhat unfortunately named RimWorld, is another Kickstarted game that you can buy into the alpha for (it’s also on Steam Greenlight). It bills itself as a “sci fi colony sim driven by an intelligent AI storyteller”. What that translates to for you and me is that you can’t go wrong by simply calling it “Dwarf Fortress, with graphics, in space”. But even that is a bold claim that’s been made before, to varying degrees of success. In truth, the only “it’s like Dwarf Fortress” game that really has my attention is Clockwork Empires, and that’s only because their development blog makes for such good reading. But I’m nothing if not an optimist, so I rolled up my sleeves and spent a few hours getting acquainted with RimWorld.

The premise is that you direct (but not directly control) the actions of three survivors who’ve crash-landed on an alien planet and are trying to survive. There’s not (currently, at least) any grander aims than this, you simply get the survivors to harvest resources and build shelter. The gameplay is instantly familiar to anyone who’s played this type of game before; you define different “zones” for such things as resource stockpiles or housing by clicking and dragging across the landscape, and also determine rudimentary actions to perform, such as mining and hunting (though strangely these are lumped together in a single section called “Architect”). Every character in the game has personality traits, as well as wants and needs, but in truth it was difficult to see how these affected things in the game, other than the fact that they might have “mental breaks” if you pushed them too far.

One of the unique features of the game (other than the sci-fi setting) is that events will occur depending upon the specific AI “storyteller” you choose at the start of the game. One storyteller will more or less leave you to your own devices, whilst another will break out disasters like they’re going out of fashion. The storytellers also determine how the factions system (a recently added feature) is balanced, which determines whether visitors to your little camp will be friendly or hostile.

Even with the most lenient storyteller, you won’t necessarily have an easy ride. Batteries can catch fire and explode, raiders will periodically attack, and local fauna can turn feral. But on the other hand you can also instruct your  colonists to butcher dead bodies for meat, so there’s that. I was reminded of Towns on more than one occasion, but RimWorld is already a vast improvement in its alpha state. Everything in RimWorld feels purposeful and deliberate, rather than the somewhat haphazard mess that Towns was on its release, and perhaps just as importantly, in RimWorld you’re dealing with a much smaller group, which means there’s a greater focus on the individual characters.

The interface is truly remarkable, it’s simple and uncluttered for the most part, although there are certain aspects which could use a bit more polish. The way that you switch colonists in and out of military (“draft”) mode is a bit cumbersome, as it means they’ll either happily go about their business whilst being brutalised by something, seemingly oblivious to the fact that they’ll be dead soon, or they’ll stand still, weapons drawn, and unable to perform any function other than shooting at things.

The built-in messaging system will clue you in to events and points of interest, but it’s not always clear what you can do about them. On one occasion I was told about an enemy that could be captured, but I could not find a way to do this. Another time I was told that a “Lore Keeper” was passing by, but again, aside from viewing his character profile, it didn’t seem to be of any use.

There’s a Wiki, helpfully linked to from within the game, which is fairly comprehensive, although it does reveal how comparatively little there is in the game right now. There are only a handful of things to build, and events that can occur, and perhaps the one thing that really seems to be missing is a sense of exploration. You play with the map completely revealed from the start, and the map itself is rather small, and doesn’t really contain anything of interest. Hopefully, given more development, this is something that will be fleshed out a great deal, because the big draw about setting up a colony on an alien planet is finding weird stuff there.

Sadly there doesn’t seem to be a development roadmap published anywhere, so it’s unclear as to exactly which direction the game is headed. So far, I very much like what I’ve seen, and I’ve come away more positive than I did with Spacebase DF-9 and Towns, but there’s still a long way to go. If you’re going to list Dwarf Fortress as an inspiration, you’ve certainly got your work cut out. Still, very much one to watch, and if Ludeon manages to craft a full game onto its bones any time soon, I’ll be very happy.