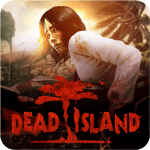 A first-person melee combat game where you join a group of survivors stranded on a tropical island during a zombie apocalypse.

Dead Island finally got its Mac release (except for the DLC), and with so much time spent bringing it to fruition, you’d think it’d be great, right?

Even at the “best performance” settings, the game suffers from clipping issues, frequent frame-drop, in one instance the lighting just flashed continually (as can be seen in the video), and there are reports on the Steam forums that the game flat out crashes to desktop at a certain plot point. A shame, because when you look at a screenshot, it actually looks good (when there’s no clipping at least). But it’s largely unplayable to any degree of competence (especially in co-op), and as a SteamPlay title, there’s little point playing the Mac version if you have access to the Windows version. So that’s a shame. I suppose I should be positive and grateful that they at least tried, you know, like they did with Metro: Last Light.

After having to make do with only one monitor since updating to the beta of 10.9.3, the latest developer beta dropped this week and fixed it. So personal productivity goes back up, but the number of games I can play full-screen without the mouse drifting onto the other monitor goes back down.

I had a hankering to play an RPG this week (I am basically burnt-out on Diablo 3 for the time being after a marathon playthrough of the expansion), but Shadowrun Returns still seems to have removed my player character from the game, and there seems to be no danger of that issue getting fixed any time soon (I even opted into the beta patch, but no joy), so I went back to last year’s releases, where I found The Lord of the Rings: War in the North waiting.

The Lord of the Rings: War in the North may be many things, but the most immediate thing about it is that it’s incredibly mundane, by which I mean bland and uninteresting. It’s a third-person action game with RPG elements, rather than a full-on RPG, as in: go somewhere, defeat wave after wave of orcs/goblins/whatever, collect some loot, put points into abilities and stats. I think I managed about an hour of playing it before real life dragged me away, and I haven’t been back since. Well, except to make a gameplay video.

As you can see it doesn’t look very good either (though this is the case on all platforms, not just Mac; as always, Feral’s work on the port is flawless), almost like a game made in 2004. The gameplay boils down to run over there, whack whack whack, run over there, whack whack whack, equip items. I’m basically describing Diablo, aren’t I? The difference being, in Diablo, the moment-to-moment action is incredibly satisfying. Here I feel like I should put the TV on. There are more technical issues too, like the weird collision detection means that half the time enemies have an invisible wall in front of them, and the other half of the time you have to get really close to land a hit. So I doubt I’ll be going back to it any time soon.

Still, at least Burial at Sea was really good, and don’t tell anyone, but a Mac version of just-released-for-Windows Age of Wonders III is “being looked at”.