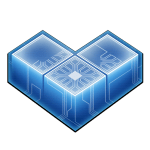 Frozen Synapse lets you control an assault squad in turn-based tactical combat, where each player takes turn simultaneously, and each…

I don’t think I’ve written about Frozen Synpase before. It’s a unique strategy game that sees you plan out a series of moves (whilst your opponent does the same) and then have them played out. So for example you might move a guy with a shotgun round a corner to open fire… only to discover that an enemy with an assault rifle happened to spot you moving through a window and opened fire. It’s a great game, and accompanied by a cyberpunk noir story of intrigue and a popping soundtrack.

Developer Mode 7 haven’t rested since the game’s release almost exactly 2 years ago, releasing an expansion (“Red”) last year, an American Football-themed version due in 2014, and now releasing the game on iOS today:

Here are some things you can do with this wonderful product:

The cross-play option in particular might actually encourage me to finish the game now, it’s a pity more games don’t let you do that.