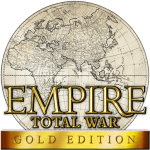 The highly anticipated Empire: Total War (Gold Edition) is coming to the Mac in September. We’re as excited as everyone else in Apple-land, but for the time being we’ve satisfied ourselves with a chat with Feral Interactive’s Technical Producer, Edwin Smith.

In this first part, we talk about the success of Feral’s Rome: Total War, and the challenges of bringing its cousin Empire: Total War to the Mac.

Do you have input in the selection of games?

I think pretty much every member of staff at Feral has, at some point or another, put forward a vote for a game, and that tends to be how it’s done. Our managing director signs all the deals and he makes the final decision. Everybody at Feral is a gamer, everyone suggests different types of games.

The Total War series is a really good example of that. We were great fans of the series long before we got involved in porting it, and a lot of people in the office were like “if it’s a strategy game, it’d be great if we could do [the Total War series].” Over time, we managed to get the opportunity, and we’re really quite happy that we have, because quite a lot of us have played it previously to porting it. So to be able to work on a game which you really like is really a lot of fun.

How long has the process of porting Empire: Total War taken?

I’d say slightly longer than some of our other games. The main thing that we came across was the sheer size of the game. Essentially in Rome, you just had a slightly smaller area to unlock and play through because it was pretty much just Rome taking over most of Europe, and some of Africa, whereas Empire we have everything from India all the way through to all of North America. So just the amount of hours to test all of the different areas; and all of the different factions you can play as (there’s a good 12+ factions you can play as); and all of the different modes; the [different play styles], you can play really aggressively with different troops, you can use a bit of politics instead. So just doing all of those different tests, making sure everything works with all the different [graphics] cards and setups, has just taken a lot of time. But it’s equally something that we think it’s worth spending that little bit of extra time, so when we ship the game it isn’t like we have to dive on it with lots of extra patches and stuff.

We’ve basically polished it to make sure it’s a really great experience from day one. That might take a little bit longer from the development time, but it does mean that when you end up playing the game, you don’t end up [waiting for] the first patch to fix a problem. We don’t really want to have to ship a patch unless we’re adding something specific, or there’s a new OS and there’s a specific bug [related to that].

So I would say Empire’s certainly one of the biggest things we’ve ever done, in terms of game size, and that has meant it has taken a bit longer to ship. We had originally hoped for the beginning of the summer (as you might have seen on our site), and that got pushed back to the end of summer. But we’re pretty much in the final few steps now. 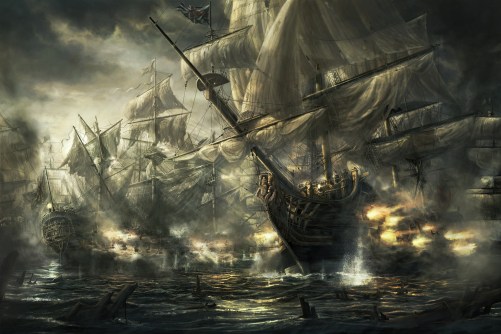 With Rome: Total War, I’m looking at the Mac App Store right now, and it’s number 48 of the top paid apps. The game itself, certainly the Windows version, is fairly old, especially in terms of the graphics. Do you expect that Empire will overtake that a great deal?

Yes. The biggest thing you’ll notice when you launch Empire, compared to Rome, is the graphics. With a series of games, you normally get them based on a game engine that gets updated (as opposed to written from scratch with a newer game). So for instance, we’ve ported the Lego series, and every single one of them has been built on the previous one’s technology. But with [the Total War series], every once in a while you have a big leap in technology, and Empire was one of those big leaps. So essentially at that point, they grabbed all of the graphics code and put it to one side, and they wrote a new graphics engine, and that’s what really made a big step up from the previous series of games, like Medieval II and Rome.

In terms of the actual game, as to how it was running on Windows, have you added or taken anything out?

The main thing is the original PC version shipped, and then they released a lot of different DLC packs around and after the launch. What we’ve done is grabbed every single asset or free troop pack or pre-order pack, and built them into the game from the start. So when you install, you’ll get everything including the expansion “Warpath Campaign”, the extra troop setups, things like that.

We’ve also included the four or five patches for Empire [that were created] throughout its PC lifespan, from the beginning on the Mac, so the Mac version has all of the fixes, performance improvements, graphic card fixes. We did tweak and fix a few little issues which we came across, which were in the PC version, which we managed to get rid of in the Mac version. On the whole, once you’re in full-screen, it’s pretty much feature-identical with the best possible of Empire you can buy on the PC.

What about multiplayer support?

Essentially when the game ships, it will not have the online multiplayer element. Shortly after (we’re hoping about a month after) release, we’ll have a patch which will bring Apple’s Game Center in. That will allow you to play (on Mountain Lion) online in Game Center, it will have achievements and all that kind of stuff integrated. 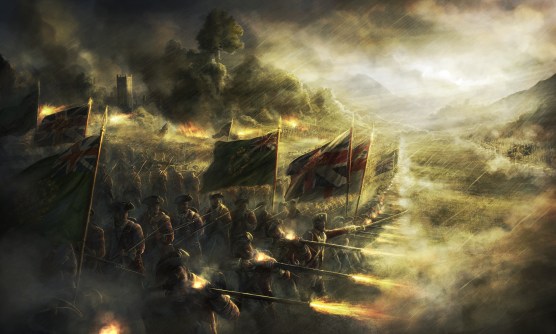 Typically when you work on the ports, how much collaboration do you have with the original developers?

What we try and do when we’re porting a game, is we try and make it as easy and time-free for the original development team. Essentially we’re going to be doing the Mac port, so we don’t want to, I wouldn’t say “waste their time”, but it’s our job to do the Mac port. So what they tend to do is they give us a huge “code drop” with everything, and then if we have any specific questions, we’ll go to Creative Assembly, and they’ve been very, very helpful when we have had a question. But all of the development side of stuff all gets done here. So to give you an example, we might have seen an issue with some performance slowdown, let’s say when you hit “end turn”. We might go back to Creative Assembly and ask if it’s something that they saw on the PC, and they’d come back with a missive to help us out for example.

But on the whole, all of the production and everything is done at Feral, and we contact Creative Assembly from time to time if we have a specific question which they might be able to help out (and they’ve been really, really helpful when we have had something). We’ve had enough practice porting games over time that we tend to only have the odd little question with setup or debug settings that we’d follow up with.

Have you received anything in the way of support from Apple themselves on this, seeing as this is quite a high-profile game?

That’s a hard question to answer, because we haven’t specifically asked for any support [for Empire]. But we have a really good relationship with Apple, and all of the different graphics card manufacturers, AMD and NVidia, where if we come across a specific issue with their hardware or a render path, we know the people to contact and they help us out. We haven’t done anything specific on Empire, but I know in the past we’ve had [support]. I think with Bioshock 2 there was an OS update which had some tweaks from Apple and AMD which boosted the framerate about 10-15% and that totally down to them assisting us and us giving them preview builds, them asking us to test preview versions of the next OS through the developer version. So if we do ever have a problem, they’re always available to help, but with Empire, it’s been going pretty smoothly.

In part two tomorrow, we discuss Mac gamers, mods, and the elephant in the room, Steam.

Empire Total War will be available on September 13 from the Mac App Store and a number of online retailers. You can find out more at Feral’s mini-site.