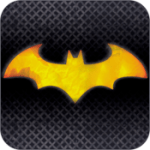 Arkham Asylum sees you take the role of the eponymous Batman. Skilled at hand-to-hand combat, as well as wielding high-tech gadgets and even doing some detective work, the game sees you donning the Batcape and trying to regain control of the titular asylum, now overrun with various criminals, including of course, Batman's arch-enemy, The Joker.

Arkham Asylum was a real surprise when it  debuted on consoles back in 2009. Here was a game that was based on a comic book license (which rarely works out well) that had mass appeal, was chock-full of features, and looked great to boot. Two years after its initial release, it got ported to Mac, courtesy of Feral Interactive.

Arkham Asylum sees you take the role of the eponymous Batman. Skilled at hand-to-hand combat, as well as wielding high-tech gadgets and even doing some detective work, the game sees you donning the Batcape and trying to regain control of the titular asylum, now overrun with various criminals, including of course, Batman’s arch-enemy, The Joker.

The gameplay itself is a mixture of many other genres, blending into a very smooth (and tasty cocktail). Combat, for instance, is both plentiful and interesting, using a “Freeflow” system whereby you chain different attacks and anticipate those of the enemies (which are telegraphed by an icon above their heads). As the game progresses, new enemy types are introduced, so you’re constantly on your toes to rethink your strategy- button-mashing won’t get you very far. Batman himself has an RPG-style system of experience points; levelling up allows you to unlock new gadgets and abilities.

But there’s so much more than just the combat. “Predator” portions of the game require you to eliminate a room full of enemies without being caught, using Batman’s special abilities and the environment. There’s even a moderate amount of Tomb Raider-style platforming involved, jumping and gliding between different areas. But probably the most enjoyable part of the game are the puzzle aspects, where you’ll use Batman’s skills and equipment to do some detective work, following trails and finding a way through to the next area. If you really enjoy that part, there are also a bunch of Riddler trophies scattered about the levels, although most of them will be impossible to obtain when you first encounter them, instead requiring some perk or equipment to help you out.

The story is well-paced, and the numerous cutscenes never feel like they’re inappropriately interfering with the gameplay. The voice acting is superb, and you’ll run into a wide gamut of characters from the comic books (each of which is given a lovely biography entry in the main menu as you encounter them). There are also other collectables to find throughout the game that give some background on the characters in the form of audio logs and so on.

There’s a bit of frame drop, and the vertical sync option doesn’t seem to work, but otherwise everything works very well. It works out of the box with an Xbox 360 controller, which is probably the most comfortable way to play.