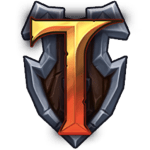 Dungeons, endless supplies of loot, legions of foes waiting to slay or be slain, with gameplay similar to Diablo and a quirky story filled with mystery. Interested? Welcome to Torchlight.

Runic Games’ first product, Torchlight was originally released in October 2009 as a download only title from Steam, followed up in January of 2010 with a full retail release. Whilst this was the first game developed by Runic Games it is in no way built by inexperienced developers, formed in 2008 by Travis Baldree the creator of Fate; co-founders of Blizzard North and the minds behind Diablo, Max and Erich Schaefer; Peter Hu and the Flagship Studios’ Seattle team responsible for Mythos. Runic Games is a company filled with successful and God-like entities in the gaming world.

Torchlight is an action-RPG set in a quirky fantasy world where a mysterious ore known as Ember imbues people and items with mystical powers. Torchlight is the name of the mining town settled above a rich vein of Ember. As all good adventurers do, your character travels to Torchlight in order to harness the power of Ember and the enchanted items that can be created with it. However, you soon realise that there is a dark and dangerous history behind Ember that led to the downfall of past civilisations. Luckily for your hero, it is his job to stop the corruption and save the world.

The character classes follow the typical RPG format, the Destroyer acts as your warrior, the Alchemist is the mage and the Vanquisher fills the role of the archer/rogue. Each character has a unique skill tree, you can spec your character however you please and still succeed. As in Fate, your character has a faithful companion, this can either be a cat or a dog which you choose upon character creation. Don’t worry if you choose the wrong pet, you can change it in game using special fish that can either be bought or fished.

You start out in the peculiar town of Torchlight, this acts as your hub city and you return here to sell your loot, accept and hand-in your quests. By far the most interesting and clever feature in the town is the shared loot chest. Located in the north of the town is a magical chest and any item placed inside this chest can be taken out by any of your other characters, perhaps you find a bow that is perfect for your Vanquisher but useless for your Destroyer.  Place it in the chest and the next time you go delving into the mines under Torchlight with your Vanquisher, remember to take your new bow.

If you’ve played a dungeon-raider like Torchlight before you’ll know that the worst part about the game is having to leave the dungeon when your inventory is full. Well Torchlight offers two distinct ways to make this as painless as possible. You can either utilise the abundant Town Portal Scrolls, this will open a portal to Torchlight allowing you to return right back to where you were in the dungeon. Alternatively you can send your pet to sell items for you. Just load up its inventory and hit the green merchant button and after roughly one minute your pet returns along with the gold from your sold items.

Playing Torchlight is shockingly similar to Diablo. Torchlight revolves around two very important features. The first of these is killing, you are almost constantly fighting enemies and in order to aid you in this the developers supply you with a vast array of weapons to find and enchant in order to make you more efficient and deadly in your task. Each of the three character classes leans towards a specific set of weapons, you do not always have to abide by these but your hero will be much stronger if you do. There are three classes of weapons, magical, ranged and melee. In the ranged class you have firearms, bows and crossbows. Magical features wands and staves and the melee weapons are anything you can use to slice, skewer and crush your enemies to death; swords, maces, axes and polearms. Combat for the melee weapons is extremely simple, you click on an enemy and your character attacks, you use your right-mouse button or your numerical keys to initiate skills or drink potions.

However, the ranged class requires a level of finesse. Playing as a ranged character, simply clicking on an enemy will cause your hero to run up to his face and shoot him at point-blank range, a simple, barbaric display of power perhaps but ineffective and dangerous if you fail to kill your enemy in the first shot to attack from range you need to hold the shift button whilst you attack, doing this causes your hero to remain stationary and shoot from a safe distance. Sadly as I had never played Diablo before this remained a secret to me and was only explained during a loading screen where tips and hints are displayed along the bottom of the screen.

You can, at any time, have two equipped sets of weapons, these can be switched between by hitting the ‘W’ key. This feature allows for some tactical gameplay, having two distinct weapon sets for different situations and enemies can result in utter devastation of your enemies and in turn, a whole bunch of new fun loot to play with.

Your quests in Torchlight are all gathered from the town. Most can be completed from the main dungeon but sometimes you will receive scrolls or missions that open portals to other dungeons, this keeps the gameplay fresh with the introduction of new scenery and potentially new enemies. The quests in general require you to collect an item or kill an enemy, most quests can be completed by thoroughly clearing out a dungeon level to make sure you haven’t missed hidden areas.

Torchlight is one of the best action-RPGs to-date but when you think about the team members behind Torchlight it comes as no surprise. With a wide variety of skills and weapons to utilise in near-apocalyptic levels of devastation against enemies you’ll have to try extremely hard to not enjoy Torchlight and if you’re more interested in the loot than the combat don’t worry, Runic Games thought about you too and you will be rummaging through colossal piles of weapons and armour in no time.

Torchlight runs like a dream on OS X, I had no framerate issues and even during the most populated battles the game kept up and allowed me to slay successfully. Audio quality was equally as good as the visual performance.

We’ve tested Torchlight on both OS 10.6.8 and Windows 7, if anything the OS X version runs better as I had framerate issues whilst playing on Windows 7.

If you have a lower spec machine or if you’re just encountering performance issues, consider activating ‘netbook mode’ in the settings. This will lower your texture resolution, disable or limit some graphical effects and change your camera height (to lower the amount of on-screen entities).

Torchlight was designed with the idea of allowing extensive modification by users. Runic Games released their game editing tool as a free download under the name of ‘TorchED’ sadly, these tools are only available for Windows.

You can currently find mods at the Runic Games Fansite, and they should be installed to the following location:

If the mod includes any .adm files, it is recommended to delete them before running the game as these will be created by the game based on other files.

The developers have mentioned that one of their favourite mods to play is the Leviathan Mod. After playing Torchlight for a long time you may get bored by killing the same monsters over again and visiting. This mods adds Starch The Monster Hunter, a new quest giver who sends you on monster kill quests and supplies you with a few new enemies to slaughter or be slaughtered by. Funnily enough it also seems like Starch is trying to kill you as he sends you to fight and incredibly tough battle against the Leviathan. This mod adds over 10 hours of gameplay to Torchlight and deserves recognition.