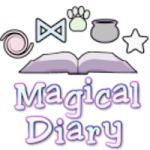 As a 30-something male, I'm pretty sure I'm not the target demographic for this game. It's about being a young girl at (a magical) school with all the drama that entails. That said, I thoroughly enjoyed it.

The story tells the tale of an assortment of androgynous dewey-eyed manga characters at a school for witches and wizards. You create a character who has just been enrolled at the school, and your objective is little more than learning magic and trying to stay out of trouble. You do this by making choices at key moments through the story, most notably setting a timetable each week for how you’re going to spend your time. This is harder than it first appears.

Upon starting the game, you’re greeted with a somewhat intimidating column of various statistics, from cuteness and weirdness, to proficiency in each of the 5 different schools of magic, to stress, meritocracy and even cash. As you continue through the game, your choices will also grant you a wide variety of spells, equippable items and other bonuses.

It’s at once a turn-based version of The Sims, as you try to manage your character’s different attributes, and yet predominantly a “choose your own adventure” book made digital. It’s part RPG and perhaps even roguelike, at least in the sense that it seems like the game wants you to fail. Above all else, you should start the game being prepared to do a lot of reading.

It can be very heavy on the role-playing. You can choose to play as someone completely lazy, who sleeps through every class, or as someone completely anti-social. It seems that the game will recognise such approaches, and other characters will react accordingly. Skipping lessons too often will result in warnings from the teachers, followed by subsequent expulsion (and the end of the game).

It’s also pretty tough. Though you have limited options available in terms of the choices you can make, there are “exam” sequences where you’ll have to wander through dungeons, relying on your spells to complete different objectives, and these often feel completely unfair, especially during your first few run-throughs. Clearly the game is designed to be played multiple times, and there’s enough variety to make you want to, although I found myself clicking through most sequences after having read them the first time.

That isn’t to say the writing is bad, on the contrary, it’s extremely good, and at times even quite poignant. You’ll learn more about the main characters through different playthroughs, particularly if you go down different routes each time. Ultimately though, whether or not the game as a whole will appeal to you will depend on how you respond to the writing. If the idea of guiding a teenage girl through a year of school doesn’t appeal to you in the slightest, then even the tricky dungeon sequences won’t be enough to convince you to keep playing.

So this is a different game from the majority of games out there. It’s definitely a little gemstone amidst in a sooty landscape of sour-faced military men labouring a path of wanton destruction with guns and important missions. It’s a welcome change of pace though and certainly there are some people out there who will appreciate it. But perhaps the highest praise I can personally give to this game is that it successfully triggers the “just one more turn” mechanism in my brain. Once I got hooked, I couldn’t bear to stop without finding out what was going to happen next.