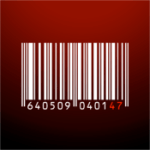 Contract killer Agent 47 uses a mixture of stealth, weapons, special powers, and creative use of the environment to perform assassinations across a variety of locations.

The Hitman series, as with many video games, is about killing people. Where Hitman is different, is it lets you kill those people in a variety of different ways. Sure, you can walk up to someone and shoot them in the face, but that’s rarely the most interesting (or fun) way to do it. Much more interesting (and fun) is to drop a chandelier on that person, booby-trap their toilet, or poison one the bottles of water they always seem to have; with no-one having seen anything, and no-one suspecting a thing.

The Hitman series goes back a long way, now totalling 5 games (6 if you count the reportedly very good iOS board game spin-off), and even one dreadful movie. All of this means that there’s rather a lot of baggage; die-hard fans who expect the games to play a certain way, as well as a now-convoluted storyline that gags on its own importance, much like any long-running comic book series you could care to mention.

Absolution is the first Hitman game to come to the Mac, and so it’s likely that it will be the entry point for many people reading this review. A quick primer then: the titular anti-hero, Agent 47, a cloned (yes really) assassin-for-hire recruited by the International Contracts Agency by handler Diana Burnwood, who happens to be the lady taking an endless shower in the background of the game’s menu screen. 47’s series of missions typically involve going somewhere, killing person or two, dealing with one shadowy organisation or other, and then going off to live a lonely existence.

That’s just as true for the latest game, though it’s not without some changes. First and foremost, the story takes center stage. There are lots of cut-scenes, and the general flow of the game is more linear than previous games have been. In addition, each level has been broken down into stages, something I’ll discuss later on. Whether these changes bother you will very much be a personal preference, but for everyone approaching the game for the first time, it’s also a double-edged sword- you’ll have no preconceptions of what the game should be, but on the other hand you’ll have little idea who the various characters are or why you should care about what’s going on (in short, the story revolves around Agent 47’s staggering inability to successfully protect a young girl through a variety of situations).

I played the prologue level, I think, seven times. At the time I was adamant about ghosting (completing all the objectives without being detected), but a few unintuitive things about the game made this process tedious. The prologue serves as a tutorial, but it was only later that I realised that (a) it’s not a particularly well-designed tutorial, and (b) it features some of the worst level design in the entire game. Some examples:

Fortunately, things get dramatically better after the miserable first level, and in fact the first proper “assassinate person X” mission is probably my favourite, being as it’s self-contained, short, with lots of different ways to complete it. As noted earlier, most of the other levels are broken down into stages, typically with one stage involving an assassination, and the others gaining access to a particular area, or collecting a macguffin. As such, the levels feel a little protracted, not to mention a little too guided. I suspect that this was done to make the levels as a whole more comprehensible, but I’d have preferred shorter levels with more freedom.

Inside each stage, your primary concern is not getting detected. In order to avoid detection, you have several options. You can sneak everywhere, hunched over, snapping to cover and paying attention to enemy patrols. There’s a number of ways to manipulate the focus of enemies, from throwing objects to attract attention, to interacting with things in the environment, like power switches, there are options to completely hide from enemies (by jumping into containers), and you can wear disguises. Whilst wearing a disguise, you can only be detected by people wearing the same uniform, such as other cops when you’re dressed as a cop (I’ve read numerous complaints about how unintuitive this system is, but to me it made sense, other cops should get suspicious if they don’t recognize you), but there might be certain areas that are now off-limit to you in your new outfit.

In order to eliminate guards (or to get a disguise from someone), you can sneak up on them and knock them out (if you’re so inclined, you can just kill them from a distance, assuming you don’t make so much noise it brings everyone else over), but the problem then is that you need to do something with the body. Bodies left out in the open reveal your presence to the enemy (if not your exact whereabouts), and as such it’s a good idea to dump them somewhere, like a cupboard (these are usually positioned around levels to make this trivial; on the other hand, you also learn to look for such containers before deciding whether to take down a guard).

If someone starts to take an interest in you, this is indicated on the center of the screen, with arrows growing outward until you either escape their attention or they become suspicious. From there, what tends to happen is that things escalate until absolutely everyone in the area panics, either making a run for it or attempting to kill you, depending on their personal preference. You’ve got weapons (strangely, you can’t adjust your loadout in any way other than by finding weapons in the level, despite supposedly “unlocking” weapons at the end of each mission), and are quite the badass in hand-to-hand combat), but I found combat to be completely unsatisfying and somewhat awkward compared to other third-person shooters, so tried to avoid it where possible anyway (and really, you’re supposed to be a clinical assassin, not a rampaging serial killer).

The final weapon in your non-lethal arsenal is 47’s “instinct”, a resource which can be tapped to reveal enemies in the vicinity (though the radar does a pretty good job of this), and rapidly expended to negate growing attention. As such, it serves as something of a panic button, such as if you rounded a corner into a bunch of suspicious goons and now just need to get to the end of the corridor (the final use for instinct is in “point shooting”, where time slows down and you can pick targets to shoot before anyone has a chance to do anything).

As linear as the game is, it’s crying out to be replayed multiple times. Each objective level gives you a score as you play, and typically has a dozen or so mutually exclusive ways to complete it in the form of “challenges”. For stages requiring assassination, many of the challenges are to assassinate the target in a number of specific ways, but there are also things like finding specific disguises and collectibles within each level. It seems a bit strange that the game just tells you upfront what these challenges are when you start each level, but they’re just vague enough to leave you to figure out the details in most cases. Completing the various challenges gives you a score bonus, which is combined with various modifiers (points added for objectives completed, points deducted for killing people that are not targets or for being spotted, and so on) to give you your final score for the level (a particularly nice feature, in the Steam edition at least, is that it will show the scores of your friends and world averages at the start of each level).

It also means that you should aim for as high a score as possible- something that seems obvious, but I think here the score is supposed to reflect whether you’re playing it as the designers intended. What I mean by that is, you can pretty much waltz through a level leaving a trail of dead bodies, and complete all the objectives despite being the world’s sloppiest hitman. However, doing so will give you a low score (perhaps even a negative one), with higher scores awarded for doing things that make the game more challenging, but also more enjoyable, such as trying not to get spotted, or at least making some kind of effort to cover your tracks, which then makes you approach the game in a completely different way (crucially, time is not factored into your score).

There’s more than a few– I don’t want to call them bugs– weird behavioural issues with characters in the game. Some will get stuck in a looping animation, for example chain-smoking cigarettes endlessly, and others will be completely oblivious to things going on around them, such as police running through the crowd firing shots (which is itself a bit worrying). But at least seeing Agent 47 pistol-whip someone with a syringe in a cutscene made me chuckle.

The idle dialogue can get a bit annoying when you hear the same things over and over, even across different maps; it can also get a little too vulgar, with more homophobic and sexist remarks than I felt comfortable with. I know a lot of the characters in the game are supposed to be dicks, but it just comes across as needlessly excessive, and paints the world (well, the city of Chicago) as an exceptionally nasty place to be.

Even without the replayability, it’s an extremely long game, with 20 multi-stage levels to complete, each taking about an hour on average. Even before I’d reached the half-way mark I’d felt like I’d seen enough, and really it was only the incredible variety of detail and sheer number of places to see (though some locations are revisited) that prompted me to continue. I would therefore highly recommend maybe not trying to complete it in one sitting, and instead having it as a game you keep coming back to.

I started out playing the game on “normal” (the second of five difficulty levels), but switched to hard once I felt comfortable with the systems (at higher difficulty levels than that, you don’t get any optional checkpoints, so I avoided those– hey, life is too short). There’s a system whereby you unlock perks as you progress through the game (at this point, I really should give a shout out to the “Sniper Challenge” bundled with the Elite Edition, which is fantastic in its own right, but unlocks additional perks for the main game), but I couldn’t easily find out which perks I’d unlocked or why I should care, so I largely ignored them. There’s also a “contracts” mode (which I have to confess I didn’t personally try out) that lets you design levels with custom objectives, or play those designed by others.

So can I recommend the game? Absolutely. In spite of the pacing and other issues, there’s nothing quite like it on the Mac. The high production values are one thing, but finding ways to kill high value targets never gets old (even if everything else in the game does).

The world looks incredible; at maximum settings everything looked gorgeous, but I could just about notice the strain this was placing on my Mac Pro (at the highest possible settings, I got some frame drop whenever any background process started, like a time machine backup, but the rest of the time it was fine); clearly Feral Interactive have really tried to squeeze every bit of performance out of the hardware to make it look so good, and have done a fantastic job as usual.