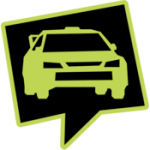 DIRT 2 is a racing game for people who don’t enjoy racing games, but this isn’t necessarily a bad thing. Filled with style and plenty of casual appeal, there is a deeply fun and addictive racing experience underneath all the fireworks and explosions.

Dirt 2 revolves around the World Tour mode. As a rookie racer, you take your motorhome on a globetrotting racing adventure, working your way up to being the X Games champion. As you impress your fellow drivers they will offer you one-on-one challenges the game calls “throwdowns”, eventually allowing you to to race alongside them in team events.

Each race you qualify in earns you Cash and XP, so you’re constantly gaining tangible rewards, especially in the early stages. The cash buys new cars and the XP helps you level up, unlocking more events and locations. Harder difficulties yield bigger rewards and limit the use of the Flashback, giving some incentive for pushing yourself.

Whenever you start the game, you’re taken to your motorhome, which serves as your hub. This creates a streamlined effect that blurs the line between menus and gameplay. The surrounding area changes depending on the location you’re in, with distant music and a hive of crowd activity creating an immersive festival atmosphere. You can select from pre-recorded names, so as long as you don’t have a rare name, the drivers will address you personally. This all adds up to a high level of polish, enhancing the overall experience.

The racing genre is generally characterised by repetition, but DiRT 2 manages to remedy that by offering a variety of event types, in a number of locations. featuring lots of different licenced vehicles. Each location has its own personality and terrain, making each a unique challenge. Although it’s a shame there are no snow tracks, only fans of the sport are likely to take notice.

From traditional Rally stages to heavyweight truck events, the game is constantly mixing it up, with quick, punchy races that draw you in easily. This is arguably a weakness, with the truck events proving the least engaging of the events on show. The pure simplicity of the Rally events, placing man against the road, makes it all the more satisfying when you put together a quick time. Rally’s crazier counterpart, Trailblazer, makes an appearance, albeit with much bigger engines, and more eye popping near misses with roadside hazards.
Any damage you do cause can easily be reversed with the unique Flashback feature. The ability to use an Instant Replay to erase the mistake you made decreases frustration from potentially restarting an entire race, and has become an important feature.

The personalities off the track are just as prominent as the action on the track, which is the game’s weakest suit. It moves away from a World Rally style experience, to an American X Games format, bringing all the pomp and splendor with it. You’ll find yourself racing against Motocross riders and BMX riders, rather than a host of world class drivers. The sound of drivers addressing you during and after each race initially gives the game its own character, but eventually begins to grate on you, especially when it overshadows the actual driving.

As an accessible racing experience, DiRT 2 ticks all the right boxes, but may alienate the faithful racing fan, as the perfectionist nature of the dedicated player is neglected.

By default, the game is set to keyboard controls. If you have a gamepad, or a wheel, this is definitely the way the game is meant to be played. The keyboard lacks the precision needed to drive fast.

With an Intel HD 3000 graphics card, the game recommends a minimum of 4GB of RAM.
On a 2011 13” Macbook Pro, the game is playable, scaling it back to Low and running at 1024×768. Some of the detail is lost, particularly the draw distance, but the lighting effects still look reasonable, with water splash intact. The frame rate is inconsistent at best, dropping out almost entirely when things get busy on screen.
It’s testament to a good port when it can be played with minimum requirements and not look terrible.

In order to play the Multiplayer, you need to download the GameRanger app. Once you do this, you then need to create an account. Having done so, I found there were no lobbies for the game. If you have friends over a LAN, you can play this way without the app.