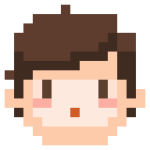 A “videogame storybook about adventures in the sky”, where you control a cloud-bound boy. Castles in the Sky is available…

I was interested in Castles of the Sky after reading about it on Rock Paper Shotgun. In that review, Cara Ellison describes it as a profoundly moving experience. Intrigued, I contacted the developer, and launched the Mac version.

My impression of the game couldn’t be more different.

Castles in the Sky is not a game for adults, maybe not for anyone with double-digit ages. I hesitate to even label it a “game”. It can loosely described as a platformer, though doing so opens it up to unwarranted criticism. The developers nailed exactly what it is in their own description:

Castles in the Sky is a videogame picture-book

It’s exactly that. An interactive form of a book you might remember from childhood, where the typeface was 72 points, and the stiff, board-like pages were all image. It’s exactly that, but with gentle audio tones, lazily drifting backgrounds and a wonderful colour palette. But I was unaffected by it on a personal level. It was simply “nice”, like having someone read a poem to you.

Maybe there’s some deeper meaning I’m missing, but I came away from it (the whole thing takes less than ten minutes to reach the end) thinking that while this probably isn’t going to occupy the attention of someone killing time whilst the latest 7 GB BioShock: Infinite patch downloads, I would imagine any parent would recognise it as something a younger child might be excited by.

Once you start looking at Castles in the Sky in that light, it becomes something quite spectacular– something to share with your child that’s the right level of innocence and just challenging enough to give them a sense of accomplishment, and something you can read to them as they play (or they can read for themselves), so a picture-book made interactive. In this regard, it lends itself much better to a tablet than a deskbound iMac (sadly no tablet version is planned right now), but the MacBook Air i tried it on whilst sat on the bed was certainly a good fit.

Castles in the Sky is currently only available direct from the developers.

Castles in the Sky runs windowed or full-screen, but either way it runs with a fixed, square aspect ratio, I’m told this is to evoke the look of a “Polaroid” photograph. You’re advised to wear headphones, but I’d actually argue against this, as this is an experience best shared that experienced alone.