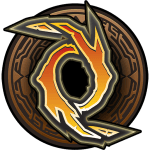 Mojang’s take on the collectible card game genre, Scrolls, is to be released next week. Information on the game has been rather light (with more being made of Mojang’s legal issues with Bethesda over the name than anything else), but we know that you’ll be able to collect cards, use them to battle monsters on a hex-based grid and compete in various trials (there’s a page here that goes into the specifics of gameplay, and a trailer below).

The game will be available (in open beta) on June 3, for $20 or thereabouts. Honestly I’m a bit hesitant to recommend this right now, as the game will also feature an in-game currency that is used to obtain certain cards, which might be a kind way of saying that you should expect to spend more money after paying the entry fee.