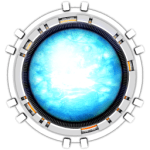 Sanctum takes the tower defence formula and gives it a first-person shooter makeover, where you use both towers and conventional…

FPS / tower defence hybrid Sanctum has made its way to Mac, via the long arms of Steam.

The Mac version will be supporting PC/Mac cross multiplayer and Steamplay which means every current Sanctum user will therefore own it automatically.

Coinciding with this release, they’ve made some positive changes on the way DLC is handled:

The first big change you’ll notice is that there’s no more Towers to buy in the game. They are now FREE of charge and included in the base game.

We’ve also changed it so that the maps will be sold in a Map Pack bundle. This bundle is expected to go live on Monday together with the Mac version. As we do realize that this could put some of you who bought 1-3 of them in a bad spot, we decided to make sure that everyone who owns at least one of them will have this bundle for FREE. (Yes, this means, that if you buy one map before Monday, you will get all 4 maps)

Also worth pointing out that two of the available DLC, Sanctum: Yogscave and Sanctum: X-Mas Carnage are both free.