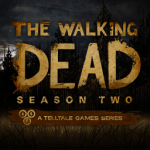 The character-driven adventure set in The Walking Dead universe continues, this time putting you in the role of Clementine from Season One.

So Aspyr is in talks with Respawn Entertainment to bring hot property Titanfall to Mac. Honestly, while I think bringing big games to Mac is always a good thing, on this occasion I think Aspyr’s resources would be better spent elsewhere. The problem as I see it is threefold. First Titanfall is multiplayer-only. Secondly it would be a long time before a Mac version makes an appearance, and that’s even assuming Aspyr were to start work on it immediately. Lastly, it’s an Origin exclusive.

All of this means, in the best case scenario, several months down the line we’ll get a Mac version of a multiplayer-only game exclusive to a distribution service that barely anyone with a Mac uses (seriously, there are a load of people who consider themselves Mac gamers that won’t even install Steam). What will happen if, as with Black Ops, it won’t be cross-platform? There’ll be maybe five people to play it with. Still, Aspyr know their business, so maybe they can reach a deal that benefits everyone.

After last week’s rant about the futility of reviewing episodic content, I played through the first two episodes of The Walking Dead Season Two. This time around you control Clementine, an 11 year-old girl. The problem with this is that she makes the sort of decisions that perhaps you or I wouldn’t (don’t just leave the gun there, Clem). It’s also clear that Telltale try to leverage as much shock value out of this as possible, by having this young girl bullied and even almost tortured (there’s a scene where she stitches up a wound, and it is prolonged, for no other purpose than to make you uncomfortable). That said, everything else about it is as good as the first season, but even after playing two (of the planned five) episodes, I’m not sure what to make of it. I don’t think I’m going to be able to form a meaningful opinion until I’ve played all five.

I also tried to play the demo for Neo Scavenger, a post-apocalyptic turn-based survival game (I want to say roguelike, but this word is not used in any of the marketing materials), but was told “NEOScavenger_demo.app” is damaged and can’t be opened. You should move it to the trash. So that’s what I did.

And then I resumed playing Diablo 3. I’ll admit it: I’m completely hooked now. I’ve been playing with two purposes in mind, first to get one character to level 60 ahead of the forthcoming expansion, and also to dabble with the other classes to get a feel for them.

So far I’ve found the Barbarian to be the most satisfying to play, there’s something about just running headfirst into a large group of demons and watching them all burst into gold. I’ve reached level 20 with the Monk, but it seems like the Monk will be more enjoyable once more skills and runes are unlocked. Same goes for the Wizard, I suspect it’s a class I’ll really have to experiment with to find a comfortable build (but has the potential to be a lot of fun to play). Then there’s the Witch Doctor, which is by far the easiest class to play; the problem with the Witch Doctor is firstly that you get the best skills straight away (the ability to summon hellhounds, the machine gun-like blowdart, and the flamethrower-like firebats), and also that it’s very hands off- you just send forth some minions and wait for the game to play itself. I have to admit I’ve not tried the Demon Hunter at all, but everything I’ve seen seems to suggest it’s more of a co-op class.