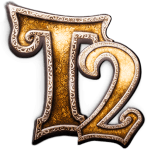 Frozenbyte have announced that the upcoming Trine 2 DLC, The Goblin Menace, will be available on Steam next Thursday (6th September).

Priced at $7.99 (but with an introductory discount), it will become available for the Mac App Store version at a later date. Owners of the [amazon_link id=”B0063CYSCK” target=”_blank” container=”” container_class=”” ]Trine 2 Collector’s Edition[/amazon_link] have immediate access to the beta version through Steam until the final version is released.

A hefty (2 GB) new update is also being pushed out through Steam, that includes “many long-requested features to all Trine 2 players, including an arrow indicator of other players location in multiplayer, lots of minor gameplay changes and additions and technical fixes”. New features in the DLC are a new campaign comprising 6 new levels set after the events of Trine 2 (although you can begin playing them immediately without having completed the base game), as well as new skills that carry across to the base game.

Response from the beta so far has been pretty positive, with people praising the quality of the two new levels that are available to play. More on that soon.