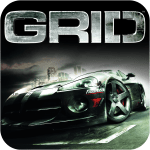 Aiming for the fine line between simulation and arcade racing, GRID features glossy visuals and puts you in the driver’s…

Did you know, that in San Francisco, even the cars have muscles? Apparently so, at least according to the latest bit of games release excitement from Feral Interactive, which will see 2008’s GRID roaring onto Macs in two weeks time:

Discover a stunning world of motor sport brought to life, from racing muscle cars through the iconic streets of San Francisco and competing in the legendary 24 hours of Le Mans to drifting around the docks of Yokohama. Jump behind the wheel of exhilarating racing cars in the most aggressive, spectacular wheel-to-wheel races you’ve ever experienced.

The available “high performance” cars run the spectrum from the Aston Martin DBR9 through to Lamborghini Murcielago R GT, with the raceways spanning the globe, featuring USA city streets, Japanese mountain roads, and some European circuits.

But will the game handle as well as its cars? Eurogamer’s Tom Bramwell had this to say: “the single-player is varied without being confusing; the online multiplayer supports 12 players and damage modelling, reducing the number of first-corner pile-ups; tracks and cars are well chosen and recreated; and Flashback allows you to race with the same determination on lap three as you did on lap one, mitigating risk in a manner of which other racing game developers will soon be envious”.

Well, that was nearly five years ago, but we’re not exactly inundated with yearly Need For Speed releases, are we?

Being that this is a Feral Interactive game, chances are good that this won’t be SteamPlay-enabled, or available on Steam.