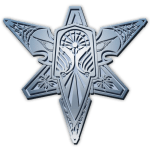 Take control of an Elf Mage, a Dwarf Champion, and a Human Ranger in a story set in parallel with…

Feral Interactive have announced their next game to get a Mac release will be Tomb– oh wait.

Feral Interactive have announced their next game to get a Mac release will be The Lord of the Rings: War in the North.

I don’t know how many Mac gamers were clamouring for this (reportedly) utterly mediocre game, but whoever they are will be pleased to know it will be out August 29:

The Lord of the Rings: War in the North is the untold story of three adventurers, Eradan the ranger, Andriel the elf and Farin the dwarf, who form their own fellowship and journey through Middle-earth to protect the North from Sauron’s malevolent forces.

Players can embark on the quest alone, playing as each of the characters in turn, or with a friend in co-operative multiplayer mode. They will forge a new path that will take them to hitherto unvisited domains of Middle-earth as well as legendary locations such as Rivendell and the Misty Mountains, encountering both well-loved characters and new arrivals such as Belaram, one of the Great Eagles of Middle-earth, whom they can summon to fight alongside them in battle.

The game that Eurogamer’s Jeffrey Matulef called “a soulless cash-in that has little to do with its license, and nor is it much fun in its own right” can be yours to play for the legendary sum of $29.99 or your equivalent, and will require 4GB RAM on OS 10.7.5+.