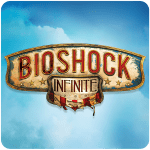 A recent update to BioShock: Infinite sees the game getting a full complement of graphics options under Mac OS 10.9 Mavericks, putting it more or less on par with the Windows version of the game, thanks to improved graphics (and OpenGL 4) support in the operating system.

When we reviewed the game just prior to its release, we were a little disappointed that the graphics options were restricted, including capping the resolution at 1600×900. Having now played some of the latest DLC with the most recent update, I’m pleased to report I can almost crank the settings all the way up, keeping the same frame-rate pre-patch, whilst enabling a higher resolution, as well as fancy effects like ambient occlusion. I’m still not able to max out the settings on my GTX 670 like I can in Windows, but it’s not far off, and supposedly 10.9.1 will bring improved graphics performance.