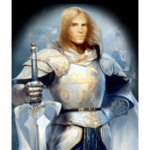 Despite originally being released in 2008, King’s Bounty: The Legend doesn’t show its age at all. The gameplay is split between two modes. For the most part, you control an army that roams around a brightly-coloured map collecting resources, battling enemies and completing quests. When in battle, the game switches to a hex-based map where you and your opponent’s armies take turns facing-off against each other by pitting individual units (each of which may have a special ability) against each other.

Beyond that, the game has a very unique style that sets it apart from similar games. The dialogue is very quirky, and during the course of the game your character can marry a zombie. The difficulty seems to lean towards the easy side, but that said you will have to pick your battles carefully.

The game generally performs well at the highest quality settings (although it feels a bit sluggish when rotating the camera), but there seem to be some bugs related to the interface. For example, using an ability such as the Wolf’s Fear during combat results in the game not properly registering the action and therefore having to cancel it. Other users are reporting numerous graphical issues.