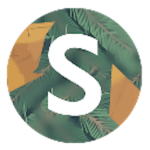 A survival game where you guide a family of badgers in search of shelter, protecting them from starvation, predators, and…

For a game about survival, it sure does start out as a unnecessarily obtuse mess. Within seconds of starting the game, you’re a badger (followed by smaller badgers). You can move, rotate the camera, and that’s about it. Clicking the mouse button causes the badger to open her mouth. The right mouse button does nothing. Trying to walk (is that even the right word to use?) through a gap in the wall towards the only interesting thing (a waterfall) doesn’t work. Trying to go in the other direction caused the badger to growl and turn around. I experimented with everything for another 5 minutes, discovered that you can grab and drop a turnip to no real effect, and then quit the game. Then I thought maybe I was being too impatient, so instead I looked on the Steam forums and found other people just as clueless as me. It turns out that there’s a collection of polygons at the start that represent a “hungry” badger, and you’re supposed to give it the turnip. So there’s the entirety of my problem with the game: why don’t they just tell you?

I get that it’s all about minimalism, and figuring this stuff out for yourself, but there’s a complete lack of communication between the game and the player. If the badger is aware enough to not be able to leave a starving child (hence just inexplicably turning around at the first opportunity), why not inform the player somehow. It didn’t even need to be as abrupt as popping up a message, but how on earth am I supposed to figure out that it is turning around because it doesn’t want to leave someone behind in this context? How am I supposed to figure out a motionless white badger is a starving badger ?

To fail so spectacularly on this count so early on did not bode well for the game.

The second-time I quit the game was approximately two minutes further in, after being unable to differentiate between the similarly-coloured mushrooms caused me to walk in a big circle, putting me right back at the start. But that wasn’t the issue. The painfully-slow movement of the badgers meant I couldn’t face spending another two minutes watching them all trundle along.

The third time I quit was by accident. I was pressing escape to try and get through the introductory warnings and credit slates, and the game took this as a signal to dump me back to the OS.

By this point, I felt that perhaps I need more patience, more zen to appreciate this game.

I went back for another try, and made it out of the tunnels and into the big bad world. Not only did the world outside look more impressive than the starting cave, but the game started offering little popups. Press shift to run (shift previously having none nothing)! Left-click to pick stuff up! So why on earth is that stupid opening sequence even in the game? I ran about the world following prompts to charge at trees to make them drop their single fruit. I lurked in bushes to catch other animals. I caught frogs. But a growing sense of unease grew on me. What was the point of all this? Where was I supposed to be headed?

At first I followed a mostly linear path, bashing trees, digging up turnips for the younger badgers, although, truth be told, I didn’t really feel any need to care much about what those squawking followers were doing. I ran, they, presumably, followed. They were alway behind the camera. Maybe I should be keeping an eye on them, but why? The game offered me no motivation at all to care about their well-being. I just wanted to get to the top of the hill, go atop a waterfall. A bird flew overhead, having caught something. Maybe one of my cubs. I don’t know, and if I’m brutally honest, I didn’t care. I kept going. I got to the top, some time later, only to discover nothing of interest, and so continued on. Back at the bottom, I realised I had nowhere I wanted to go now. I still had no idea what I was supposed to accomplish, what the game wanted from me. A good time to quit, and maybe come back to it with a fresh perspective.

Ah, but now there was no apparent way to save the game. I could continue, in the hopes that I’d somehow unlock a checkpoint, or I could just quit for good…

Sometimes, it’s clear that a particular game is not “my sort of game”. This happens rather a lot, and my preferred solution is simply not to review them. More often than you might expect, I’ll review a game that I wouldn’t otherwise play, but can certainly see the appeal, see what works and what doesn’t, and try to distill that into sentences and paragraphs. That was the case with Teleglitch, for example, a game which I probably wouldn’t ever play for fun, but found it easy to recommend anyway, because its various parts form a well-crafted, if a little niche, experience.

Shelter though. Well. I really want to like it. I love the idea of it. I really like that it’s not about magic, or destruction, or stats, or conversation. I have nothing but the greatest admiration for the developers willing to take the risk and actually make a game that doesn’t have any of those things. But to be perfectly blunt, I didn’t enjoy it at all. I didn’t really experience any emotions short of boredom and irritation whilst playing it. But more than that, I really have no idea whether other people will. Maybe a sedate romp through a forest with no purpose beyond catching frogs and feeding some insatiable baby badgers does appeal to some people. Maybe this will be their best game ever. Maybe I need to give it more time, and see how it pans out, as with other survival games.

But the nagging problem I had is that every other survival game at least hints at what it’s about. You might need to rely on a wiki to play Don’t Starve to any degree of competence, but it’s always clear what you’re trying to achieve (first and foremost, not to starve, secondly, to create an infrastructure to prevent starvation), and why you want to achieve it. Here, there’s no such indication of anything, beyond, that looks interesting, I’ll go look at that, or there’s a tree with fruit I haven’t bashed into yet. And try as I might, I just can’t bring myself to spend more time to find out. Maybe there’s a smart, fun and interesting game just over that next hill. But like the opening sequence, why are they making me play a frustrating, opaque game to get to it? And if it’s supposed to be more about exploration, like Proteus is, then why encumber it with the half-baked survival aspect?

So as much as I hate to admit it, this game has beaten me. I can neither praise nor condemn it. All I can say is that it exists, and maybe you’ll like it.

There’s a barebones set of options, but even so, there were various problems, like the camera clipping through walls. Performance-wise, the game runs ok, but refuses to cmd-tab.

Many like the art style of the game, personally I found it to be obnoxious, as if someone had taken a regular game and cranked the gamma up. The sound was adequate, though I preferred to play with it turned off as the bleating of the cubs annoyed me.

Last updated August 29, 2013 Details of everything we received from publishers as part of this review are available on out integrity page
Gog.com Mac Game Store Steam