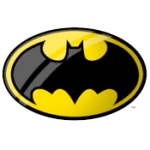 Every superhero has his mortal enemy. Batman has the Joker and Superman has Lex Luthor and when you play Lego Batman, you’ll soon discover that the controls are your enemy.

Released originally in 2008 across multiple platforms, Lego Batman: The Videogame by Traveller’s Tales, soon encapsulated gamers of all ages. Following on from the success of Lego Star Wars and Lego Indiana Jones came the tales of Lego Batman, a silent guardian, a watchful protector, a Lego dark knight. In 2009 the well known Mac ambassadors, Feral Interactive, unleashed Lego Batman: The Videogame upon the Mac gaming world.

The game features 30 playable missions, not including bonus levels, split into 6 chapters. The first 15 missions are played as Batman and Robin and the last 15 are played as the Villains you encountered as Batman. The story starts as any good Batman story does, all of Batman’s most dangerous enemies have escaped from Arkham Asylum and have divided themselves into three groups of five foes. Each group is led by well-known Batman villains, such as The Riddler and Joker. These three groups are all backed up by hundreds of thugs for you to fight your way through in order to stop the villains and save Gotham. The story manages to combine the maturity and harrowing nature behind most Batman stories whilst still preserving the innocence of any young gamers. The development of this story is considered a huge success for Traveller’s Tales as it is the first game in the Lego series to feature an original storyline rather than following the plot of a movie.

There are some faults with the game that become glaringly obvious within the first few minutes of gameplay. The first issue to tackle is that Batman does not know how to climb a ladder, I’m sure I could scale the side of the Empire State Building with ladders in the time it takes our hero to do so. A small problem considering that there are not many ladders in the game. Thankfully.

The next issue, that you’ll likely notice before you reach the first ladder is the control mapping. I highly recommend that the first thing you do is to remap the controls. The game is set up with two player co-op in mind, that being said both players are mapped to the keyboard which in all honesty causes problems both in single player and co-op.

If you are able to get past the minor faults mentioned above you will be treated to a surprisingly fun gaming experience. The level design is quite frankly ingenious, the main level is textured realistically, the buildings are textured to look like buildings and the plants are textured to look like plants, they then contrast this by making any interactive object out of Lego. Any control panel or vehicle, all of the destructible environment is made out of Lego. It’s a very unique style and is reminiscent of how I imagined playing with Lego as a child.

One of the more interesting features in Lego Batman is the ability to switch between characters. Batman and Robin can both build objects that enable either one of the two to change suits, each suit offers a unique ability, for example Batman can pick up a glider suit  and Robin can retrieve a magnetic suit that enables him to walk on certain metal surfaces. Each suit will enable you to advance further through the level.
Furthermore you are able to buy characters using the in-game currency of lego studs, these characters can also wear some of the suits and can be used in ‘Free Play’ mode which is unlocked after you complete a level in the story. This allows you to go back and and hunt down any missing collectibles.

Every Batman villain has a team of goons willing to pointlessly risk serious injury by Batman in order to protect their boss and Lego Batman did not forget about this. Combat is a simple one-button system that translates into complex and powerful attacks on the screen. When Batman hits an enemy the attacks are devastating and the sound effects enhance the feeling of power during a battle.

To the core, Lego Batman is an action-adventure game filled with basic puzzling and vast amounts of platforming. The puzzling is sophisticated yet simple enough to be solved by anyone. Together with your trusted sidekick, Robin, you aim to solve puzzles as a team in order to progress through the level. Puzzles can include building objects out of Lego found on the ground or activating buttons together or separately. Your AI partner will trigger buttons exactly when he is supposed to and is extremely reliable.

Between missions you can visit the Bat Cave, you’ll find Alfred, Batman’s trustworthy butler and confidant, as well as the Batmobile, the Batwing and the Batboat. You can also access any previous missions from here as well as finding some hidden goodies.
Whilst the rest of the game is fun and interesting enough, a feeling of pure satisfaction and mischief overwhelmed me when I realised that I could beat up and ultimately destroy Robin and Alfred, don’t worry, they respawn soon enough but seeing Robin explode into tiny Lego pieces is a truly wonderful experience and I urge you to try it yourself.

It’s easy to understand why this series of Lego games appeals not only to the younger generation of gamers but to the older generation. The combination of these two fantastic franchises, Lego and Batman, is a match made in video gaming heaven. The game is full of entertainment and quirky childish humour that can be enjoyed by a person of any age.

Despite the few minor faults here and there, playing the game is still a pleasurable experience and a welcome break from a world where games focus so much on being serious and realistic.

The game in its very nature is designed towards offline co-operative gameplay, throughout the entire single player experience text will flash in the upper right corner asking whether a second player would like to join. Your second player can play through the same keyboard using a different set of mapped controls or you can play via gamepad. I personally would not touch this mode unless I had a gamepad available as the default key mapping is a mess.

Overall the video quality was superb, sadly it is not without faults though, I had to put up with some frustrating texture issues, the textures and character models would suddenly become very pixelated and blurred in a few areas of the game. Leaving these areas would fix it but upon restarting the game and iMac the issue still occurred. I have currently not found any way of fixing it and it appears that this may be an isolated incident as I have not found any other reports. This is the only performance error I found during my time with the game.

The audio quality was fine and I experienced no audio skipping, a loss of audio visual synchronisation or sound loss.
The music has a typical superhero vibe to it, that helps in the immersion of the universe and to set the scene. As with most lego games there is nothing in the way of voice acting except a few mumbles and grumbles during cutscenes.

Feral Interactive are highly praised developers known for bringing many successful ports to Mac, Lego Batman being one of many. The port is of a high quality and it feels like a freshly built game.