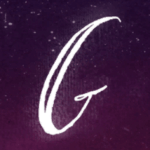 A first-person adventure about a young woman returning home from holiday and attempting to unravel a mystery.

Everything about Gone Home is about solving mysteries. This is nothing new, most adventure games are about solving mysteries, but in Gone Home it feels entirely different. Maybe it’s the first-person nature of it, used to such great effect. It’s a very tactile experience with hundreds of items can be picked up and closely examined. The vast majority of the time there’s no need to do this, but it immerses you and makes you feel like you’re investigating nonetheless. Behind each door is an immediate mystery: darkness. The challenge to just turn on a light in each room feels good, the second or so it takes to locate the light switch making it feel like you’ve accomplished something, no matter how minor, in this alien world, without ever straying into frustration.

Then there are the small, but pressing challenges: how to get into that locked room? These challenges are presented to you as simple barriers. You won’t find a quest log listing the things you have to do. There’s something with a lock on it, and the mere fact that it is locked means you’ll try to find a way in. It’s classic adventure game design, of course, but handled here with elegance.

Then there’s the overarching mystery, ultimately why you keep playing. It becomes creepier at a very steady pace, not so quickly that you can’t suspend disbelief, but yet pieces are fed to you at just the right rate to make it interesting. There’s a lot of reading involved. The vast majority of it is optional, mostly backstory, but it does well to paint a picture of absent characters, along with the clever placement of items to suggest motivations to each of them. So clever, in fact that it would be just as easy for me to write about my interpretation of the setting, and characters as if it were a novel, rather than a game.

But more than that, it’s a coming-of-age story of a young woman, told through journals, but most interestingly, through items, mix tapes, scraps of notes, the subtext in bits of creative writing and the context of each of these. If that doesn’t sound like something that would appeal to you, then you may bounce off the game disappointedly, as it very much underpins the reason for playing it. I don’t think it’s quite the manifesto of the human condition it wants to be, but it’s certainly competent. The fact that there are different writing styles employed throughout the whole thing does raise it significantly above mediocrity. For me though, I went in totally blind, not knowing much about the game at all, and came away delighted, though if you’re paying close enough attention, you’ll certainly unravel the mystery long before it has played out.

Honestly it’s so refreshing to play this after having played Shelter, which seemed to be striving for many of the same aims but lacking the correct approach to make them interesting. As a game, it’s not challenging, I would have preferred some slightly stronger puzzles to elevate it just that little bit more above a hidden object game, for example, but on the other hand I was glad that it never succumbed to typical adventure game logic, or that I had to look up any solutions anywhere. The game is short, requiring maybe a couple of hours of your time, but it feels just the right length, and I daresay there was more I could have looked at.

Really, the only problem that I had with it is similar to the one I had with BioShock Infinite: you feel a distinct disconnection from the protagonist, despite being inside her body. Kaitlin knows clearly things that I, the player don’t, such as where the spare front-door key might be kept. It feels weird to be bumbling around in someone else’s house, whilst playing as that someone else. Through the duration of the adventure, she seems completely unaffected by the situation around her, whilst I was very much having one thought– what the hell is going on here?

That said, the argument can certainly be made that she isn’t really the protagonist, that it becomes clear that she’s just retracing the footsteps of the actual main character’s journey. Indeed, we’re given voiced excerpts from this other character’s journal at certain milestones, kind of like narration, but to me this felt a little contrived, as either you should have the whole journal or not. I understand why this was done (particularly by the end of it), and it is “correct” from a narrative perspective, but it just seemed jarring at the time.

After much stagnation of the adventure game genre, it’s fascinating to see it branching into new and exciting areas after so long. Last year’s The Walking Dead gave us a more linear, cinematic experience, whilst the forthcoming Broken Age promises a modernisation of point-and-click. The Fullbright Company’s Gone Home though is forging its own path, almost an abstraction of adventure games into some new thing.

And it works, so very well.

The game is unquestionably atmospheric, with good use of audio. I did have to increase the brightness at one point, as it became impossible to see anything (it may also have been the sunlight streaming through the window onto the screen). The game is easy to navigate, and if you press Escape, it shows you the controls, which is a nice touch.

The performance on OS X isn’t great. I found disabling v-sync helped a great deal, but on occasion the frame rate would completely tank regardless, though quitting and restarting helped in those situations.

Last updated August 31, 2013 Details of everything we received from publishers as part of this review are available on out integrity page
Gameplay Video
Mac App Store Gog.com Mac Game Store Steam