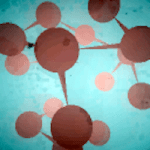 A minimalist puzzler that makes for a great way to soothe and exercise your cerebellum.

Increpare claim to have created nearly 200 freeware games to date. The deceptively named English Country Tune marks their first commercial release, with all that experience resulting in a minimalist puzzler.

I’ll get this out of the way first: the puzzles can be extremely difficult. That should be enough to tell you whether the game is for you or not. The gameplay sees you controlling a flat blue square, flipping end-over-end around a cubic landscape. There are various different “worlds”, each with a set of rules, an objective, and a number of individual puzzles based around those.

In keeping with the minimalist theme, the tutorial’s perhaps a little weak, but then I suppose this is a puzzle game after all, and figuring out what the controls and objectives are, quickly becomes part of the puzzle. Overall, the problem with it as a puzzle game is that some of the rules are so difficult (for me at least) to get your head around, it often feels like you succeed through trial and error almost as much as through deliberation. Some of them, on the other hand

Probably my biggest gripe with the game is the need to unlock each of the basic world types in a sequence. Arguably one of the least intuitive worlds in the game, “Larva”, sees you nudging balls that have their own twisted interpretation of gravity into receptacles. You have to complete the entire series of this theme before being able to attempt “Whale” (you also unlock “Advanced Larva” at this point), which involves pushing cubes that are supported by beams of light, and is, in my opinion at least, much easier to comprehend. This pattern continues throughout the game, with new worlds unlocked only after completing others, which is a real shame because you’ll almost certainly find some worlds to be easier than others, depending upon how your brain is wired. There are points where you’ll unlock two new puzzles at a time, but it doesn’t help if you’re feeling stuck or overwhelmed

The controls can be somewhat obtuse, and initially you aren’t told how to move the camera around, and in some of the earlier puzzles I found myself getting frustrated from being unable to view the landscape from a slightly different angle.

With all those negatives out of the way, it’s time to focus on the positives. The music is wonderfully soothing, and the visuals are mellow, with things fluttering in the defocused background. The puzzles themselves range from sublime to fiendish (to seemingly impossible). One thing that helps greatly is the wonderfully implemented undo system, which works by tapping “z” to reverse your last move.

All in all, it’s a game for the thinking man (or woman), perhaps best enjoyed on a rainy Sunday afternoon with a crumpet and a nice cup of tea. And if it doesn’t quite float your boat, well there are always Increpare’s other 200 or so games to try out.

The game runs smoothly, and even has a range of options (via a launcher) for resolution and graphics quality. There’s some colour banding apparent, though that may be down to the colour palette chosen rather than any fault of the engine. Somewhat strangely, the backgrounds for menus and level selection are are cropped at 4:3, but whilst playing the game proper, the full screen real estate is used.

Last updated June 11, 2013
mac app store puzzle steam
Details of everything we received from publishers as part of this review are available on out integrity page
Gameplay Video
Mac App Store Steam