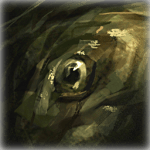 One of the most terrifying video game experiences ever created, Amnesia: Dark Descent is a haunting, nightmarish, but brilliant experience.

“I know not where I was born, save that the castle was infinitely horrible; full of dark passages and having high ceilings where the eye could find only cobwebs and shadows.” – H.P. Lovecraft, The Outsider

The creation of indie developer Frictional Games, Amnesia deliberately discards several conventional elements of game design (there are no weapons and no conventional deaths) and the end result is far superior for it, a craft honed over their previous horror works Penumbria and its sequel Black Plague. At a time when typical horror games are more action-adventure, content with delivering cheap thrill over deep chills, Frictional have created something that has been crowned the new touchstone of video game horror, usurping the thrones of Silent Hill, Resident Evil and Dead Space.

Awakening in a darkened room in a gothic castle, with no recollection of how you came to be there and only the vaguest  notion of who you are, you explore the corridors and hallways piecing your memories together by collecting notes and journal entries left in the musty corners of libraries and sinister laboratories. As you venture deeper into the heart of the castle rousing the castle’s terrifying inhabitants and you must survive long enough into the night and get to the deepest vault with one mission: kill the man who waits for you there.

As any horror aficionado will tell you, the fear of what lies unseen in the shadows is far greater than anything explicitly shown. For example the single xenomorph creeping in the air ducts of the Nostromo in Alien is exponentially more scary than the hordes of them filling every bright hallway in Alien Resurrection. This is something Frictional have evidently taken to heart, as the most terrifying part of the game usually isn’t when you bump into some faceless beast straight from the mind of H.P. Lovecraft but instead just exploring the castle is enough to give you chills. Although there are several sharp shocks to make you jump (typically red herrings like gusts of wind throwing doors open) the focus here is on creating unsettling environments and moods. I’ve never played a game before where just the basic task of exploration is such a psychologically unpleasant experience. On several occasions I simply quit the game rather than put myself through another horrible ordeal, saying to myself “I see what’s going to happen here. And I’m not sure I’m going to enjoy it.” What can I say? I scare easy – at age 24 I hid my copy of Silent Hill 3 under my bed so I wouldn’t have to look at the cover – and some nights I found it better to appreciate Amnesia in theory rather than in practice. There are no weapons to use to defend yourself, unless you count throwing bottles or books (and you can imagine how effective that is against some tentacled beast), so instead you must hide in shadows until monsters pass, or let your fight-or-flight instincts take over and sprint away to safety.

One of the greatest challenges in video game design is creating a synergy between Player motivation and Character motivation. So while you play a game you may want to shoot everything in sight but if the character you’re playing as is meant to be going through an existential drama, there’s a jarring mismatch of motivations that distances the player from the immersion of the game. (My favourite example of this mismatch is in Final Fantasy VII, where following the devastating death of one of the main characters you spend the next 15 minutes of the game snowboarding. Now THAT’S how to deal with grief!) Frictional have gotten around this with a very simple mechanic: the Sanity meter.

The longer you spend away from moonlight or candlelight the more your Sanity depletes and starts to effect your ability to interact with the game. Controls become less responsive. Inexplicable noises whip around your ears. Surfaces teethe with crawling bugs. The shadows begin to warp and ripple. As your character’s mind starts to break down so does your ability to control him – meaning that situations that are unpleasant for him are just as unpleasant for you. It’s a simple, but hugely effective mechanic for creating empathy for your character. Encountering an enemy in an unfit mind will lead to a swift death, so you must do all you can to keep yourself sane. Although you can use an oil lantern, the fuel of which depletes over time, or use tinder boxes to light candles to provide some additional lumens, the designers have deliberately constructed areas where your only option is to sprint through darkness and allow yourself to drift further toward insanity, or to use precious fuel searching for puzzle items. Early areas seem dark but are as luminescent as the surface of the Sun compared to the later stages of the game. You may not think you’re afraid of the dark, but you will be.

A wholly unique take on survival horror, Amnesia will stick in your mind for weeks after you’re finished, and in your nightmares for even longer.

As a game with tight, compact environments and heavy on shadow, Amnesia is none too taxing on your CPU – and the Mac port runs smooth as silk even on the highest settings on my 2010 iMac. The audio mix plays huge part in the immersion, especially at low Sanity, so you’re advised to play on good headphones if you have them, poor headphones if you don’t, and the built-in iMac or Macbook speakers least of all.

Amnesia has the DLC storyline Justine, which is a completely new story taking place in the same settings, and this is now included along with the main game itself.

There is a huge amount of fan-made missions – or ‘Custom Stories’ – for Amnesia, easily run straight from the launch window for the game. Directions on how to install these can be found on the Frictional Games website here.

Being fan-made most lack the subtlety of the main game but honourable mentions go to the stories La Caza, Abduction and Through the Portal which have all won a recent competition on the Amnesia forums.