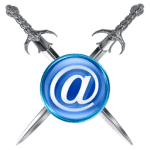 One of the most accessible roguelikes available, Tales of Maj’Eyal is almost more RPG than traditional roguelike, and is completely…

ToME, or to give it its full name, Tales of Maj’Eyal has reached version 1.0, and is available for various platforms, including our beloved Macs, for free.

The game itself is a true roguelike, but is much more approachable, with actual graphics instead of the traditional ASCII art. Previously this approach was taken with ^⌘⎋ favourite Dungeons of Dredmor (although ToME takes a more serious approach), and Dungeon Crawl Stone Soup (which is not quite as pretty). The ToME team are also trying to get a Steam release, and have a Greenlight page where you can pledge your support.

Also of note, the developers have released T-Engine4, which allows budding developers to create roguelikes of their very own.

There’s a trailer below, and don’t forget to donate if you enjoy the game.