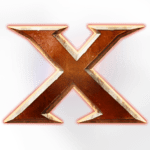 A first person turn-based RPG in the spirit of previous games in the Might & Magic series.

The Might & Magic series goes back almost 30 years, a series of high fantasy role-playing games spanning (now) eleven games as well as a number of spin-offs including the venerable Heroes of Might & Magic strategy RPG series, as well as a number of mobile titles. None of these games have graced modern Macs (indeed, the last Might & Magic game released for Mac was Might & Magic V: World of Xeen in 1995), so this is especially notable (more so when you consider that it’s published by Ubisoft, who seem to have all but abandoned Mac OS X in recent years, at least until the recent release of Rayman Origins). Of particular interest is that the Mac version of the game (which is only available through Steam) has been unshackled from the dreaded Uplay that drew much criticism for the Windows version. Something I don’t get to say very often: this makes the Mac version of the game the definitive one to get.

As well as resurrecting a series that lay dormant for over a decade, the game underwent  something of an “open development” on Steam’s Early Access, with plenty of posts from the developers on the decisions they were making, as well as giving users the opportunity to vote on features and provide feedback. How much input the users really had is open to debate, but ultimately all of this has resulted in the production of a game that has the foundation of an RPG game from a bygone era, with modern affordances that make the game seem original and unique, and not as low-budget as it should. But as we’ll see, while this works for some aspects of the game, some mechanics would have been better left behind in the last century.

Legacy is a tile-based, turn-based, party-based, open-world, role-playing game. In addition to requiring an obscene number of hyphens to describe it, it bears a lot of superficial similarity to Legend of Grimrock. You start by building four (hopefully) complementary characters, then letting them loose in a big world where they move as a group, across a fixed grid, with time progressing slightly with every move. Like Grimrock, everything is modelled fully in 3D, and like Grimrock, you can drag the right mouse-button to look around from a first-person perspective, but for the sake of efficiency, you’ll just accept that you’ll do everything in a cardinal direction and rely on the keyboard for movement and heading. It might seem a completely unfamiliar way to explore a virtual world, but it becomes second-nature after a while, and, lurching nature of the movement aside, I quite enjoyed the leisurely pace it provided.

The story is set “after the events of Heroes of Might & Magic VI”, and even having played most of that game, I couldn’t begin to tell you what those events were. That’s fine; there’s a rather laborious introduction that will fill you in on the backstory- something about an archangel and a holy war. Honestly, I couldn’t have cared less about the plot during the entirety of my time spent with the game, though if you are interested in the world’s lore and events, there’s plenty of books to collect and dialogue to be had.

Given that the world is tile-based, and, with the exception of the very limited movement of monsters on the map, that nothing ever goes anywhere (stores are all open 24 hours a day), the world does seem very detailed, if a little static. There’s plenty of fluff: campfires burning, people tending to gardens and so on, and you just accept that nothing changes, they don’t ever do anything else. It’s fine, it adds ambience, the only real issue is that it’s never really clear which things you’ll be able to interact with and which you won’t until you’re standing on top of them. There are plenty of barrels scattered around that can be opened, either providing a stat benefit to one of your heroes, or unleashing some monster, but there are also similar looking barrels that you can’t interact with.

There are a bunch of monsters in the world of course, though most of them won’t attack until you’re quite close, at least outside of the game’s numerous dungeons. When the need for battle arises, each member of your party gets a turn to take an action (alternatively, you can move the group as a whole one square and forgo individual actions that turn), from a basic attack, to casting a spell or using an ability, to using an inventory item, and then the monsters get their turn to do the same. This continues until every enemy is dead, or all of your characters are killed. Creatures in an adjacent square may be targeted with melee attacks (turning doesn’t use any action, and there’s no penalty for getting flanked, but that said you won’t always notice that you are being attacked from behind unless one of the characters shouts this out, as they occasionally do), but enemies further away can only be attacked with magic or ranged weapons.

There’s no way to describe ranged combat other than “mechanically broken”. When there are potential targets at range, you cannot choose which will be attacked, this is decided for you on a random basis. Furthermore, because you can’t select them, you can’t get any information about them, their type, status effects and relative health, though if you do score a successful ranged attack on them, this info will be temporarily visible. It also means that if there are both ranged and melee targets available, your ranged attacks will only be used against melee targets, at a penalty. This makes ranged warriors almost useless, at least unless you accept the fact that they are going to spend much of the game at reduced efficiency (even at this reduced damage output they can still prove useful in melee combat for most of the game).

There’s a fair bit of logistics to worry about too. The constant travelling will eventually make your characters tired, which then adds a bunch of status effects that makes them less effective in combat. Resting them for 8 hours will restore some health and mana, but consumes a unit of supplies, which can only be restocked at certain locations. Armour and weapons will degrade (at least until you start to find rare, high quality equipment later on), necessitating repair at other key locations. If one of your characters dies, you cart their corpse around with you until you can get them resurrected at a temple; if they all die, it’s the game over screen for you.

One of the unique selling-points/throwbacks to last century is that monsters are of a fixed level, and coupled with this, that you can go anywhere in the game world at any time. What this means is that you could try your luck battling a Shadow Dragon at level 2 if you wanted to. It’s not quite as open as advertised; there are various swathes of the world map gated off from the start of the game, so there’s a little bit of funneling going on, but to be perfectly honest this guidance is much needed before you find your feet and figure out how you should be spending the skill and stat points you acquire through levelling up. The real problem is that while having such a degree of freedom to go anywhere you want and get insta-killed by something ridiculously powerful is something RPG-diehards have been crying out for for the better part of a decade, the reality of the game is that there absolutely is a single, optimal order to do everything. You don’t necessarily know what that order is when you’re playing, but you will definitely know you’ve gone wrong when you run crying from one dungeon that seems impenetrable right into another one that poses no discernible threat whatsoever. The end result is that the game effectively becomes rather linear.

On a similar note, it’s also perfectly possible to run afoul of the upgrade system and find yourself part-way through the game, having screwed yourself through poor investments with skills and stat points at which point you’ll hit a wall. Sadly there’s no way to respec any points you’ve spent (there’s also no “buy back” feature when accidentally selling something to vendors), so if you find yourself in this situation, the only recourse is to take stock of what went wrong, and roll a new set of characters. Twenty years ago, that was perfectly reasonable, perhaps because as gamers we weren’t exactly spoiled for choice and each game was meant to be replayed and last a long time, but either way, I find myself short on time these days, and so don’t have the patience to experiment. So it was that I found myself consulting a guide to give me a bit of direction.

And boy I’m glad I did, because it made my experience wholly enjoyable, and by all accounts I’ve had a better time of it than other reviewers have. I have a multitude of issues with the game, things like the way it’s stingy with feedback (characters levelling up get little more than a miniscule icon to indicate this for example), the way that skills are listed in the spellbook and not the character sheet, and the way that you can easily miss that there are multiple people to talk to at a location because your eye is drawn to the bottom of the screen where the text is, not the top of the screen where the portraits that let you switch between the location’s inhabitants are.

But as many of these niggles that I have, there are just as many things that make the game enjoyable. The ability to annotate the in-game map makes up for some of the game’s other shortfalls, the fact that some equipment has its own levelling system adds an extra layer to what would otherwise be an exercise in making incremental improvement to your team, as does the ability to choose between different “hirelings” that provide passive abilities.

I can’t help but think that Might & Magic X has validated some of the revisions to RPGs that modern games have made, such as open worlds having to have level-scaled critters, but at the same time, it brings back a certain something that has been lost over the years, and that’s not just nostalgia talking (for a change).

For whatever reason, you should set the Might & Magic X application to run in 32-bit mode. Prior to doing this, I experienced several minor graphical issues and then a hang. After setting it to 32-bit mode, these problems all went away. As noted, most of the criticisms levelled at the game concerned the Uplay launcher, which is completely absent in the Mac version (though you will encounter Uplay “achievement” notifications from time to time, which cannot actually be found anywhere).

The game is completely old-school, and a bit low-budget, but from an audio/visual perspective it manages quite well. There’s a little bit of flavour animation, the sound effects are decent, and there’s a small helping of voice acting to round it off.