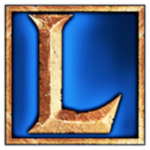 Probably the biggest MOBA-like available on Mac OS, League of Legends is unforgiving, but rewarding to those willing to invest the necessary time into the steep learning curve, and the intricacies of each of the 100+ playable characters.

At long last Mac gamers can start to play one of the most addictive MOBAs available.

According to the news post on the League of Legends website, the client which was released on Friday 1st March, “does everything that the PC client does, meaning you’ll get all future features, bug fixes and new content on the same schedule as PC players, but on your native OS. The Cross-Platform team will also continue working diligently to smash any Mac bugs that surface during the open beta.

You start out in League of Legends with a specific set of champions with weekly rotations of the premium champions for you to test out. With the vast amount of champions and near limitless customization there’s more than enough to keep you hooked for hundreds of hours. You may need a thick-skin if you want to play though and I’m not talking about a champion buff, as with most online communities a majority of League of Legends players leave their friendliness at the log-in screen.

Head on over to the download page on the official League Of Legends website now to get summoning.