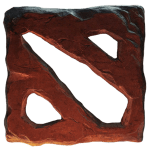 Valve’s attempt at the lucrative MOBA-like genre, and sequel to the mod that started it all, Dota 2 requires a…

Dota 2 has been released for Windows users everywhere. Despite a vague indication of there being a Mac release to happen at some point, no further mention of it UNTIL NOW.

Today, the “test” version of the game became available on the Mac version of Steam, and a post was made on Reddit:

You should be able to go to http://store.steampowered.com/app/570/ and select “GET DOTA”. When you’ve gotten access to Dota, it should show up as “Dota 2 Test” in your Steam games list.

The game is a sequel to a Warcraft 3 mod that spawned an entire new genre (the most famous of which is probably League of Legends). The game is free to play, but has a monstrous learning curve in spite of the relatively simplistic gameplay. You can provide feedback on the Mac version via the developer forums or at Github.