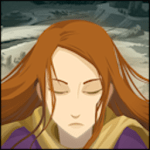 The final version of tower defence (with all the bells and whistles imaginable) slash RPG game Defender’s Quest has just been released.

The game has been available in beta for a very long time, and I’ve certainly had a great deal of fun with it. The final version adds a whole mess of new features onto a vertiable banquet of a game, such as upgradeable loot and enhanced graphics.

If you have the beta version, just launch it and it will automatically update (Adobe Air issues notwithstanding). It’ll be coming to Steam and elsewhere soon, and there’s a trailer below.