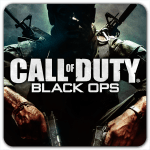 Call of Duty: Black Ops, the first-person shooter that broke all the records and allowed Activision to finally buy its own island will be coming to the Mac on September 27. That’s less than a week away!

The billion-dollar game is currently being held hostage at Aspyr’s headquarters, until the wave of hype smashes down their doors and fires all the bullets at everything, until they relent and let us have it.

If you can contain your excitement long enough to read on, you’ll find some of the details Aspyr have released thus far:

The game will be available through Steam (no SteamPlay), the GameAgent Store, and other online digital retailers. A Mac App Store release will follow shortly after.

In addition to Call of Duty: Black Ops, the Rezurrection Content Pack will also be available for purchase at launch for $14.99. This content pack will be available through the same retail outlets as the game and as an in-app purchase for those that buy the game from the Mac App Store. The other two Black Ops Content Packs, Escalation and Annihilation, will be available on the Mac later this year as a bundle.

Minimum requirements can be found on Aspyr’s site.

We’ve been shooting, stabbing and exploding our way through the beta of the game Eurogamer’s Tom Bramwell called “a Jerry Bruckheimer tribute act stuck in permanent encore”, and we’ll have more on it soon.